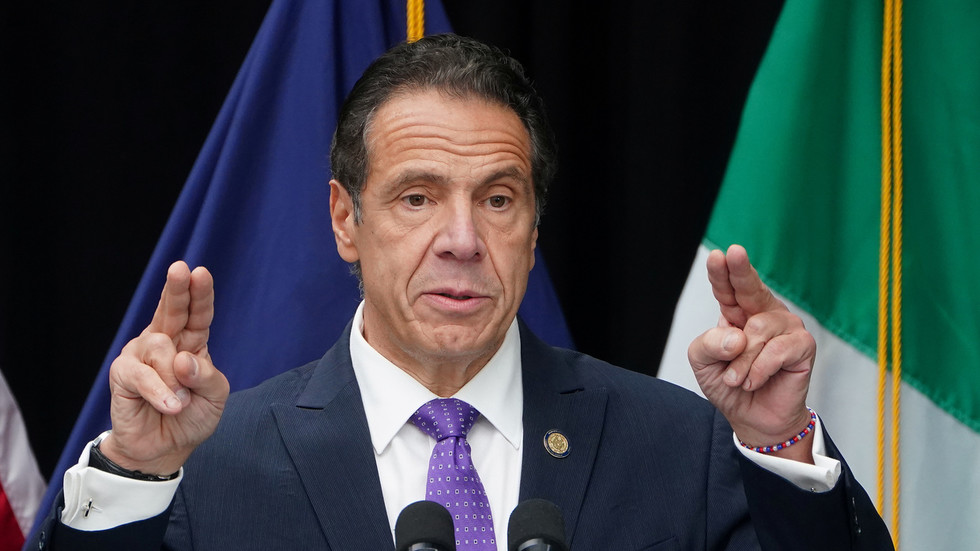 Hospitals that don’t use up their supply of Covid-19 vaccines within a week of receiving them will be punished with hefty fines and barred from receiving further doses, New York Governor Andrew Cuomo has declared.

The governor warned hospitals that fail to deploy their vaccine stocks within a week of receiving them that they will not only be fined up to $100,000 but also be cut out of future vaccine distribution. He has repeatedly criticized the rollout of the jab as too slow.

“If you’re not performing this function, it does raise questions about the operating efficiency of the hospital,” Cuomo warned, hinting at further budget cuts for an industry already deep in the red due to the cancellation of elective surgical procedures and other lucrative revenue streams during the lockdown.

However, critics have pointed out that Cuomo has only himself to blame for the less-than-stellar “operating efficiency” of many state hospitals. The governor has slashed the state healthcare budget dramatically since taking office in 2011, even moving forward with deep cuts to Medicaid this year despite the pandemic. The state has lost over 20,000 hospital beds in the last 20 years.


The governor has also threatened anyone who attempts to ‘jump the line’ and receive an early vaccine with a $1 million fine. He volunteered to wait until black and Hispanic New Yorkers receive their shots before getting his, while observing nonwhite New Yorkers died at a much higher rate than white people.

So far, 300,000 vaccine doses have been administered in New York. Elderly care home residents and frontline workers are the first groups to receive the jab. The state hopes to have 85 percent of care home residents vaccinated by the end of the week in what seems to be an effort by Cuomo to compensate for his abysmal handling of the nursing home situation in the early months of the pandemic. Thanks to an executive order that forced nursing homes to admit coronavirus-infected patients, tens of thousands of New York’s elderly died with Covid-19.

Also on rt.com
Humans of the GREAT RESET: What the future MIGHT look like in 2021 – if the controlling elites have their way