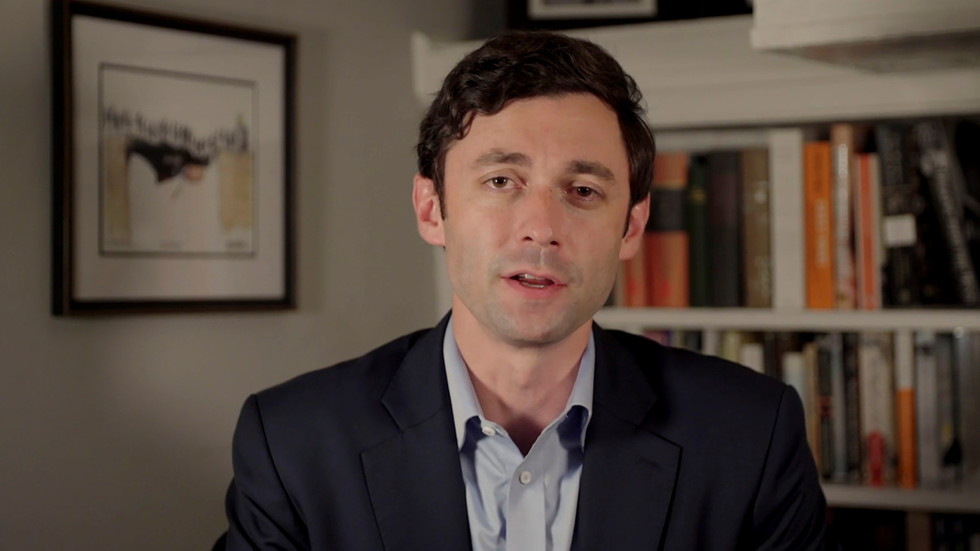 Democratic candidate Jon Ossoff has claimed victory over incumbent Republican David Perdue in a crucial run-off election in Georgia. If confirmed, the Democratic Party will secure a slim Senate majority.

Fellow Democratic contender Raphael Warnock was projected by many outlets as the winner in a parallel race against Republican Kelly Loeffler hours earlier. Ossoff’s victory, however, is less certain. While Vox has called the race for the Democrat, AP still considers his lead too narrow at the time of writing.

Nevertheless, the 33-year-old, who looks set to become the youngest US senator, thanked Georgians for their trust and for voting for him, in a livestreamed address. He called for national unity amid the Covid-19 pandemic and economic crisis, “to beat this virus and rush economic relief to the people of our state and to the American people.”

“This campaign has been about health and jobs and justice for the people of Georgia,” Ossoff added. “Everybody who put your faith and confidence in our democracy’s capacity to deliver representation we deserve – whether you were for me or against me – I’ll be for you in the US Senate.”

The remark appears to be a not-so-veiled jab at President Donald Trump, who insists that his loss to Joe Biden was the result of voter fraud, and claimed that the same kind of trickery was used in Georgia to undermine the Republican Senate candidates.

Also on rt.com
Trump warns of ‘big voter dump’ against GOP in Georgia Senate race, as Warnock declares victory before all ballots counted


If both Warnock and Ossoff officially win their seats, the Republicans will lose control over the Senate, which would break down into a 50-50 tie if independent Bernie Sanders is counted with the Democrats, making Vice President-elect Kamala Harris the tie-breaker and taking away the Republican majority, which they have maintained since 2015.

The Democrats have not had control of the White House, the House, and Senate at the same time since 2009.