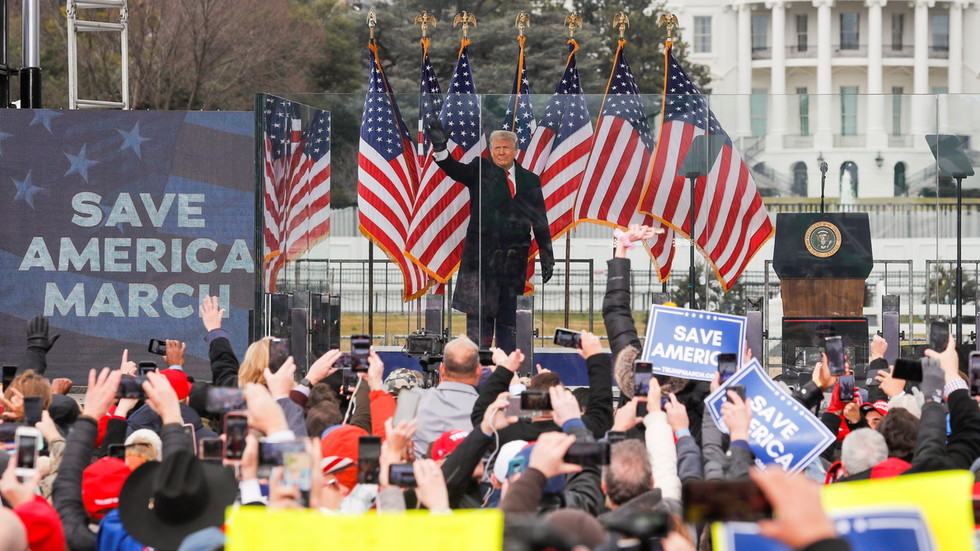 In a now-deleted tweet, ABC News reporter said “cleansing” the “movement Trump commands” is the true challenge going forward, leading many to wonder what exactly liberals may mean by that.

“Trump will be an ex-president in 13 days. The fact is that getting rid of Trump is the easy part. Cleansing the movement he commands is going to be something
else,” Klein tweeted on Thursday, linking to a story claiming the US Capitol breach on Wednesday exposed “threats [that] will outlast” the president. The piece went on to call for “justice” against “those involved in an insurrection.”

Klein also doubled down on the comments, writing, “Cleansing the movement he commands, or getting rid of what he represents to so many Americans, is going to be something else.”


His comment caught the eye of many conservatives on social media and got his tweet trending, with some going so far as to compare the thinking to Nazism.

“Make note: A confession that the current outrage has nothing to do w breach of the Capitol [building] & everything to do [with] the politics of crushing Trump,” Fox News host Tammy Bruce tweeted in response.

Make note: A confession that the current outrage has nothing to do w breach of the Capitol bldg & everything to do w the politics of crushing Trump. And the word “cleansing” is used re what to do w his supporters. But Trump is the problem. Got it. https://t.co/4qyjjxloiF

Klein did not specify a specific plan for “cleansing” a movement, but it may be a bit difficult since Trump won over 74 million votes in the 2020 presidential election. That’s the second most votes in history after Joe Biden’s 81-plus million, much of which Trump continues to chalk up to voter fraud.

Klein was not interested in defending the thinking behind his tweet either, as he quickly scrubbed it from his page as more and more pushed back against him.

Political Director for @ABC News based in Washington DC appears to have deleted his tweet about the 75 million Americans who voted for Trump that talked about the challenge of “cleansing the movement.” pic.twitter.com/HS1Rwrn94S

The ABC reporter’s sentiment about the Trump movement has been echoed in various forms by other pundits or organizations. Lawmakers such as Rep. Alexandria Ocasio-Cortez (D-New York) and celebrities such as actress Debra Messing have floated the idea of making ‘lists’ of the president’s supporters.

Is anyone archiving these Trump sycophants for when they try to downplay or deny their complicity in the future? I foresee decent probability of many deleted Tweets, writings, photos in the future