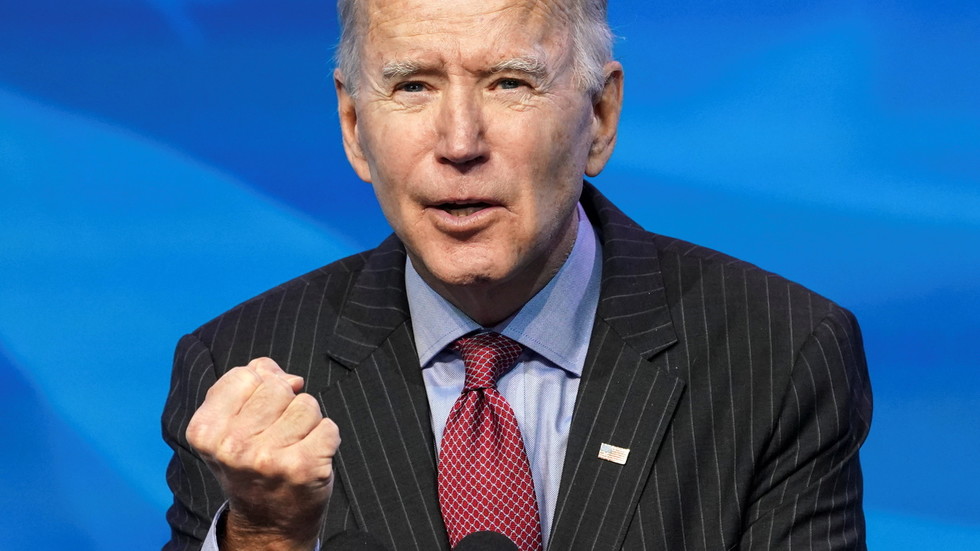 President-elect Joe Biden, who has vowed to help heal America’s fractured political system, may have taken a wrong turn on the road to reconciliation by likening two Republican senators to Nazi propaganda chief Joseph Goebbels.

Speaking to reporters on Friday, Biden said Senators Ted Cruz (R-Texas) and Josh Hawley (R-Missouri) share responsibility with President Donald Trump for inciting the violent protesters who breached the US Capitol on Wednesday. Rather than being forced to resign, he said the two senators should be voted out of office when they come up for re-election.

“They’re part of a big lie, a big lie,” Biden said. He then stumbled over a story about how Goebbels made people believe Nazi propaganda, such as exaggerating civilian casualties from the Allied bombing of Dresden, by telling a lie repeatedly. Goebbels infamously said, “If you tell a lie big enough and keep repeating it, people will eventually come to believe it.”

Cruz and Hawley led opposition to certifying results of the November 3 presidential election – at least not before an investigation – citing allegations that Biden won based on hundreds of thousands of fraudulent votes in Georgia and other swing states. “If he’s the only one saying it, that’s one thing,” Biden said of Trump. “But the acolytes that follow him, like Cruz and others, they are as responsible as he is.”

Biden’s comments were not unlike the Nazi-invoking rhetoric that was used against Trump and his supporters for the past four years. And the comments came one day after he leaned on another anti-Trump theme, racism, suggesting police failed to protect the Capitol because they responded more leniently to Wednesday’s rioters than if the protest had been a Black Lives Matter event.


Social media users pointed out the contrast between Biden’s pledges of healing and his divisive actions. “So now we are calling people Nazis?” a Twitter commenter asked. “This from the party who abused the DOJ to spy on their political opponents to abuse FISA? Remember, Joe Biden called Trump ‘illegitimate’ and claimed Russian collusion was real.” Another observer quipped, “The Nazi talk is so ‘unity,’” while still another reminded Biden of another quote that’s often attributed to Goebbels: “Accuse the other side of that of which you are guilty.”

They were never planning on unity. They’re out for revenge…with the full force of the federal government.

“Biden would know best about what it is to repeat the same lies over and over until they’re taken as truth,” conservative Twitter pundit Ian Miles Cheong said. “He does it better than Trump ever did.”

Biden would know best about what it is to repeat the same lies over and over until they’re taken as the truth. He does it better than Trump ever did.