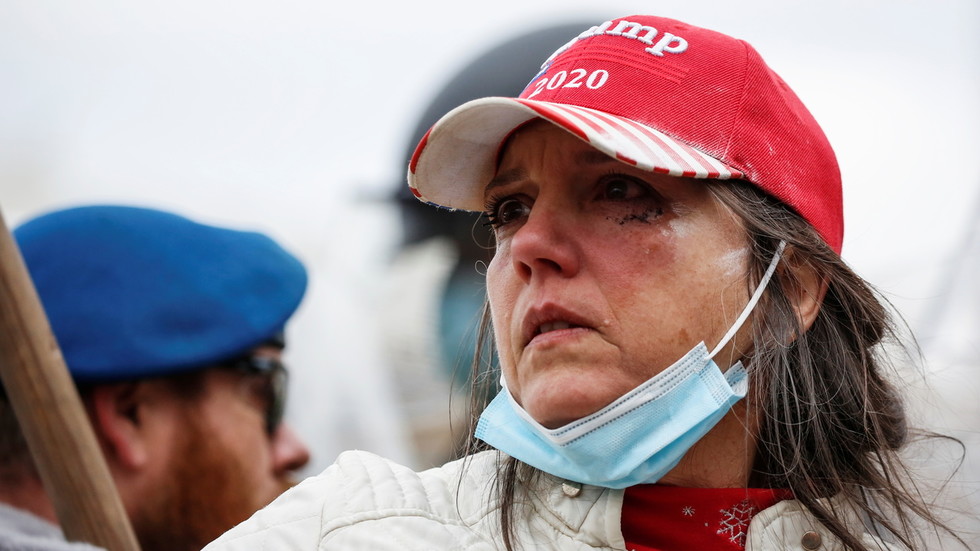 With authorities tracking down the Trump supporters who barged into the US Capitol, teenagers have eagerly turned in their own family members who took part in the riot, and the media has encouraged the Stasi-style snitching.

Days after President Donald Trump’s supporters forced their way into the US Capitol and ran riot throughout the building, police and prosecutors are working to identify and track down members of the mob. DC police have already arrested at least 80 people, and Washington DC Attorney General Karl Racine told ABC News on Friday that his office would scour the internet for leads and ask the public to send in tips.


However, a number of young people didn’t need to be asked twice. 18-year-old Helena Duke was profiled by Buzzfeed News on Friday for publicly outing her own mother, aunt, and uncle after she saw them in a photo from the Capitol. Duke told Buzzfeed that she ratted out her own family after her mother forbade her from attending a Black Lives Matter protest earlier this year.

“Hi mom remember the time you told me I shouldn’t go to BLM protests bc they could get violent…this you?” she tweeted alongside a video showing her mother bleeding from the nose following a scuffle with a black woman.


However, she told Buzzfeed that she’s received messages from other teens who saw their family at the riot and agonized over whether to turn them in or not.

One of these teenage touts, Robyn Sweet, was interviewed by Buzzfeed a day earlier. Sweet suspected her father – a supporter of Trump and member of a militia group – would travel to Washington for Trump’s rally on Wednesday, and outed him publicly after he was arrested inside the Capitol.

Sweet told Buzzfeed that she was “ashamed and disgusted” by her father’s beliefs and actions, and said she no longer speaks to him due to his “conspiracy theories” and involvement in right-wing groups.

Whatever the consequences for their familial relations, the US media has encouraged friends and relatives of rioters to inform on them to police. CNN has boosted calls for information from the FBI – while simultaneously describing the social ostracization that awaits them – and USA Today has asked its readers to fill out a form if they recognize any of the rioters caught on camera.


Some readers chimed in with information and gloated about the repercussions the suspects would soon face, but others were troubled by the apparent “merger between press and state,” as well as the media’s lack of interest in identifying Black Lives Matter and Antifa rioters all summer.

“They don’t actually need your help with this,” writer Whitney Webb responded. “What they want is for you to get used to the idea of ratting out your neighbors.”

Though calls for information have proliferated in the aftermath of Wednesday’s riot, along with a draconian censorship crackdown by big tech, the public is already used to being told to snitch on each other. Amid coronavirus lockdowns, the British police and government have encouraged citizens to tattle on their neighbors for breaking restrictions, as have authorities in Canada, Russia, and the United States.