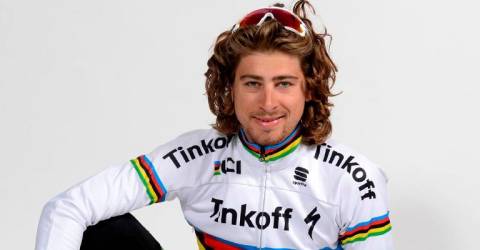 SLOVAKIA: Triple world champion Peter Sagan (pix) will favour the Tour de France over the Olympics should he be forced to choose between the two flagship events of the 2021 season, the Slovak said on Sunday.

Reports have said athletes may have to quarantine ahead of the Tokyo Games, and with the Tour finishing less than a week before the scheduled road race, cyclists could face a tough choice.

“We will see what’s going to happen this year. I cannot decide, we don’t know yet. But if I have to choose… for sure I will go for (the Tour de France) green jersey again,” said Sagan, speaking from a Bora-Hansgrohe team training camp near the Lago Di Garda, Italy.

“But nobody knows what’s going to happen.”

Sagan has won a record seven green jersey for the points classification on the Tour de France.

He failed to secure it last year, however, after the cycling season went through a four-and-a-half-month hiatus amid the COVID-19 crisis.

The 30-year-old Sagan, one of the most gifted riders of his generation, won three consecutive world championship road race titles in from 2015-17. – Reuters