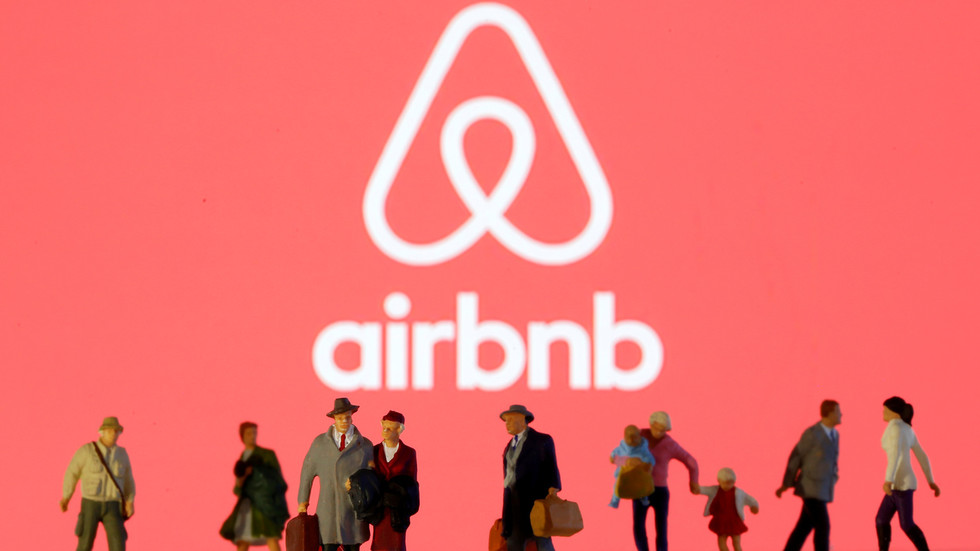 Airbnb will cancel reservations and ban anyone it deems to be linked to “hate groups,” as well as participants in unrest at the US Capitol, vowing legal action against those “planning violence” in the lead-up to Inauguration Day.

As part of a seven-point “Capitol Safety Plan” unveiled on Monday, the room-rental service said it would take extra steps to enhance security ahead of President-elect Joe Biden’s inauguration on January 20. The measures include plans to review all reservations in the greater DC area and permanently ban guests “associated with a hate group,” as well as “individuals identified as involved in criminal activity at the Capitol” last Wednesday, when a crowd of Trump supporters stormed the halls of Congress.

“When we learn through media or law enforcement sources the names of individuals confirmed to have been responsible for the violent criminal activity at the United States Capitol on January 6, we investigate whether the named individuals have an account on Airbnb,” the company said, adding that it would cross-reference DC Metro Police arrest logs with its own members list.

If the individuals have an Airbnb account, we take action, which includes banning them from using Airbnb.

Today we’re announcing a 7-step plan to help build trust and assist with protecting our community of hosts and guests in the greater Washington, D.C. area as we approach the Presidential Inauguration.https://t.co/vRw7FTOpOK

While the company did not specify how it would determine who belongs to a “hate group” beyond cross-checking arrest records, it also noted that it “may bring legal action” against guests who belong to such groups, as well as those “planning violence” or who otherwise violate Airbnb’s terms of service. The Proud Boys were the only group cited by name in the firm’s press release.

In addition to the bans and scrapped reservations, Airbnb said it would improve its “security checks” in the coming days, including stepped-up efforts to verify guests’ identities. It will also reach out to hosts to remind them that “members of hate groups are never welcome” at the service, while neighbors of Airbnb hosts were encouraged to raise “issues with reservations” through a 24/7 hotline.

Also on rt.com
Welcome to the Big Tech Sweepstakes, where BLM looters win corporate prizes, and Capitol Hill rioters get the boot!


The move is not Airbnb’s first attempt to keep “hate groups” off its platform, with the firm noting that it canceled a number of reservations in the days leading up to the riot on Capitol Hill last Wednesday, at which five people died amid the chaos, including one woman who was fatally shot by police.

“Our community policies ban domestic terrorist and violent hate group members,” Airbnb spokesperson Ben Breit told the Washingtonian last week, adding that “we learned of reservations made by certain members of these groups and cancelled those reservations and removed them from our community, and we will continue to take appropriate action.”

Ahead of 2017’s ‘Unite the Right’ rally – which drew a number of far-right and neo-Nazi groups – the company took similar steps, tossing out reservations for some attendees on the basis of company policy, which requires that community members “accept people regardless of their race, religion, national origin, ethnicity, disability, sex, gender identity, sexual orientation, or age.”

Earlier on Monday, Airbnb issued a separate statement saying it “strongly condemns last week’s attack on the US Capitol and the efforts to undermine the democratic process,” while announcing that its political action committee would “withhold support” from any lawmaker who voted against certifying the results of the 2020 race – all of which were Republicans. The decision mirrors similar steps taken across corporate America since the Capitol riot, with Amazon, Citibank, Dow Inc., Marriott and AT&T, among others, also declaring they would halt contributions to the same group of legislators.

Also on rt.com
Amazon says it will SUSPEND donations to lawmakers who objected to Biden’s victory certification, joining a growing list of firms


The unrest at the Capitol has triggered massive backlash by Big Tech firms, prompting a series of platforms to slap President Trump or his supporters with permanent bans, alleging repeat policy violations, including incitement to violence. The incident also revived discussion of impeachment among Democrats, with House Speaker Nancy Pelosi vowing to initiate the process should lawmakers fail to invoke the 25th Amendment and declare the president unfit for office.