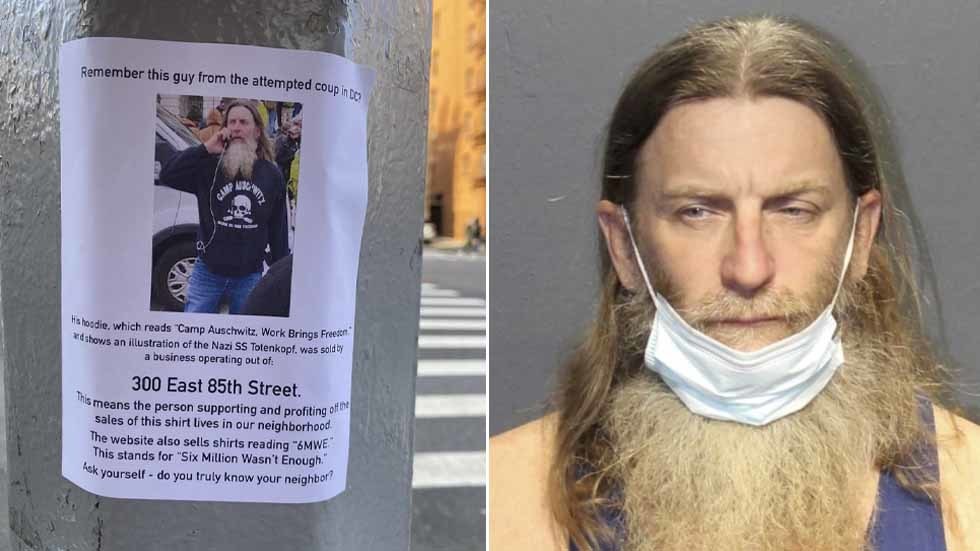 A Virginia man who stormed the US Capitol on Wednesday wearing a sweatshirt bearing the phrase “Camp Auschwitz,” has been identified arrested and charged with violent entry, trespassing entry and disorderly conduct.

Robert Keith Packer gained some media attention after appearing in a photo from last Wednesday’s riot at the US capitol wearing a sweatshirt with the name of the Nazi concentration camp, where more than a million people were killed during World War II. The bottom of his shirt read, “Work brings freedom,” the slogan that was written on the camp’s gates.

The FBI issued an arrest warrant for Packer on Tuesday and apprehended him the next day.

Also on rt.com
US military chiefs condemn Capitol riot as ‘sedition’ & urge troops to ‘stay ready’ ahead of inauguration in rare political letter


Packer has been charged with knowingly entering or remaining in a restricted building without lawful authority, and two counts of violent entry and disorderly conduct on Capitol grounds.

He is currently being held at Western Tidewater Regional Jail and is set to have an initial court appearance today.

Anonymous Virginia locals described Packer to CNN as an “off-beat” character who had frustration with the government, and a long-time extremist, who was having problems with the law.

Records show that Packer has three convictions for driving under the influence and a felony conviction for forging public records.


Top federal prosecutor for the District of Columbia, Michael Sherwin, has previously said that more than 70 people have already been charged in the aftermath of the deadly January 6 riot. He added that those numbers were likely to grow into the hundreds.