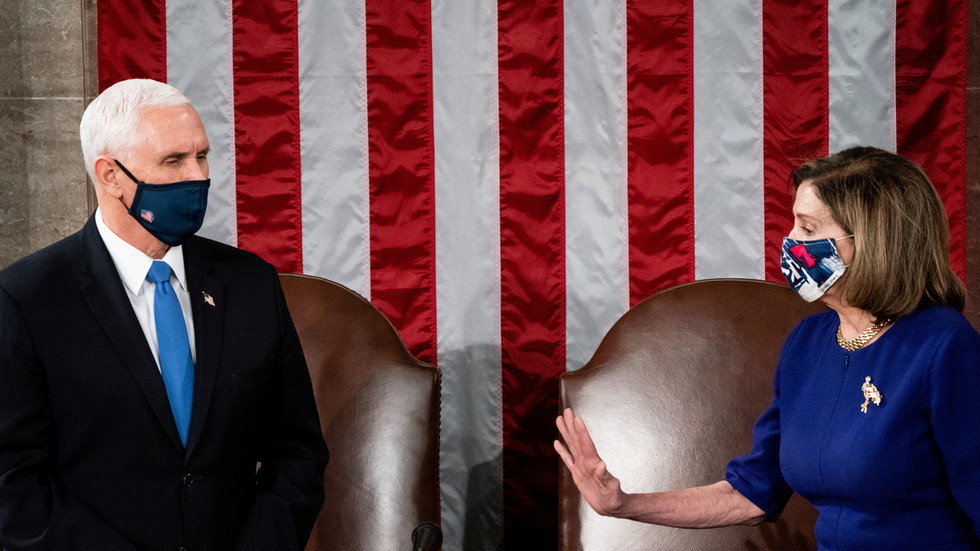 Vice President Mike Pence has stated that he would not cave in to pressure from the Democratic-run House to invoke the 25th Amendment, arguing it should not serve as “a means of punishment or usurpation.”

As the House was in the midst of voting on a resolution calling on him to use the 25th Amendment on Tuesday evening, Pence ruled out such a possibility, saying in a letter to Speaker Nancy Pelosi that he believes such an action does not align with country’s immediate interests.

“I don’t believe that such a course of action is in the best interest of our Nation or consistent with our Constitution,” the letter reads.

As the House of Representatives begins voting on whether to endorse the use of the 25th Amendment to remove President Trump from office, @VP Mike Pence releases a letter informing @SpeakerPelosi that it’s not going to happen. pic.twitter.com/okJIgc0vMP

Pence drew parallels between the last-minute public effort by Democrats to force Trump out of office and demands that he blocks certification of Joe Biden’s election victory.

“Last week, I did not yield to pressure to exert power beyond my constitutional authority to determine the outcome of the election, and I will not now yield to efforts in the House of Representatives to play political games at a time so serious in the life of our Nation.”

Pence cited Pelosi’s own words “that president’s fitness for office must be determined by science and facts,” rather than be based on “a comment or behavior that we don’t like,” as he argued that the amendment was not devised as “a means of punishment or usurpation.”

While Pence refused to use his vice-presidential authority to remove Trump, the House is expected to approve impeachment articles on Wednesday, since it would only require a simple majority in the Democrat-controlled chamber to do so. The House greenlighting the articles sets the stage for a Senate trial, where Democrats will need Republican votes to reach two-thirds supermajority required to convict Trump over “inciting an insurrection” on January, 6, when a crowd of his supporters stormed the US Capitol.

Also on rt.com
‘Would set a terrible precedent’: Pence says he WON’T invoke 25th Am to oust Trump


Trump, permabanned from his social media of choice over the Capitol melee, advised the incoming administration against pushing for the use of the amendment in a speech at the border wall in Alamo, Texas, earlier on Tuesday. He argued that the move “will come back to haunt” Biden, who is the oldest US president ever to enter office.