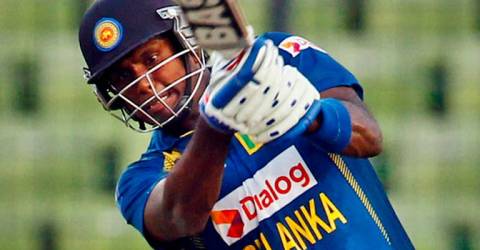 SRI LANKA: Experienced Sri Lanka batsman Angelo Mathews (pix), who missed their recent trip to South Africa due to a hamstring injury, has returned to the tTest side for the two-match home series against England starting on Thursday.

The 33-year-old former captain was named in Sri Lanka’s 22-man squad for the series, which was postponed in March after England returned home due to the COVID-19 pandemic and will now be played in Galle without fans.

Sri Lanka suffered a spate of injuries during their two heavy defeats in South Africa and Dimuth Karunaratne’s side will also welcome back experienced batsman Dinesh Chandimal and pacemen Suranga Lakmal and Lahiru Kumara against England.

Batsman Dhananjaya de Silva and fast bowler Kasun Rajitha were both ruled out against England after suffering injuries in South Africa.

England blanked the hosts 3-0 in the Test series on their last trip to Sri Lanka in 2018 but have key personnel missing from that touring party currently.

While they have not brought all-rounder Ben Stokes and leg-spinner Adil Rashid, off-spinner Moeen Ali will also be missing at least the first match after testing positive on arrival and having to isolate away from his team mates.

Karunaratne felt his team were clear favourites this time and said they would not commit the mistakes they made last time.

“We have a clear advantage against this team, because they’ve got a few new players,” Karunaratne told reporters.

“The players in the current squad don’t have much experience in these conditions. That said, we shouldn’t take it lightly. They’ve prepared well, and I’ve seen how well they’ve prepared.” – Reuters