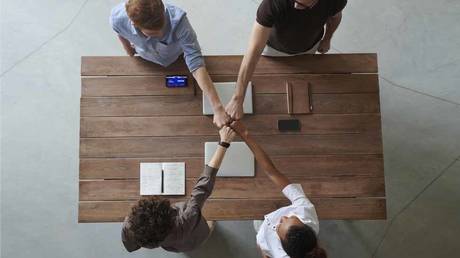 A teacher at an elementary school in California outraged parents after reportedly making the young students engage in critical race theory and identity exercises where they had to confront their own “privilege” in a math class.

Journalist and filmmaker Christopher F. Rufo broke the news of the allegations this week, writing in his blog and in the City Journal about the controversy.

According to Rufo, the unnamed third-grade teacher at R.I. Meyerholz Elementary School in Cupertino, California – which has an Asian-American majority and is situated in a wealthy area – instructed the young children to create “identity maps” listing their “race, class, gender, religion, family structure, and other characteristics.”

The students were then told that they live in a “white, middle class, cisgender, educated, able-bodied, Christian, English speaker” dominant culture where “those with privilege have power over others.”

The teacher asked students to create an “identity map,” listing their race, class, gender, religion, family structure, and other characteristics. They were told to “circle the identities that hold power and privilege.” pic.twitter.com/pENBJeZ3cF

After reading the children a book of critical race theory (‘This Book is Antiracist’ by Tiffany Jewell), the teacher also allegedly made them “circle the identities that hold power and privilege” and put them into a hierarchy.

The practice was reported to have shut down soon, however, after a group of “shocked” Asian-American parents at the school protested to the principal – with one parent of Chinese background comparing the teacher’s lesson to the communist Cultural Revolution they were forced to study as children.

A slideshow allegedly from the class also showed that the young children were taught about “non-binary” people and other disputed gender identities, and that they were asked to produce “at least 1 full page of writing” about “two identities that hold privilege and power” and “why they do,” and two which do not.

Luckily, the group of Asian-American parents was able to shut down the training from the school. But they are worried that the cultural revolution is spreading: “We think some of our school board members are [critical race theory] activists and they must go.”

Jenn Lashier, the principal of Meyerholz Elementary, told Christopher Rufo that the training was not part of the “formal curricula, but the process of daily learning facilitated by a certified teacher.”

Cases of school children being taught about critical race theory and ‘white privilege’ have become increasingly common in recent years across the Western world. Last year, UK Equalities Minister Kemi Badenoch even told the House of Commons it’s against the law to teach children about white privilege.

Also on rt.com
Why it took a black British MP to expose the madness of teaching critical race theory and the ‘pet n***er’ abuse of police by BLM