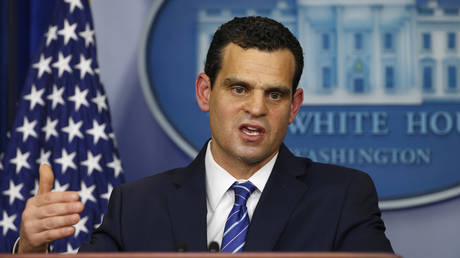 Joe Biden’s transition team has picked David Cohen, the former deputy director of the CIA, to reprise his role and help smooth things out for his future boss, career diplomat and intelligence outsider William Burns.

Cohen was considered a frontrunner to become CIA director himself, but Biden chose Burns instead. Cohen’s return to the office he held between 2015 and 2017 was announced on Friday, and since his candidacy does not require a Senate confirmation, he will be able to start on inauguration day.

As deputy for then-CIA Director John Brennan, Cohen was involved in creating the infamous US intelligence assessment of alleged Russian interference in the 2016 election. The document was widely touted as a consensus opinion of 17 agencies, but later turned out to be a product of officials from only three of them – the CIA, FBI, and NSA – “hand-picked” for the task by then-Director of National Intelligence James Clapper (technically, his office is an agency of its own and could be counted as the fourth one vouching for the document).

Also on rt.com
William Burns, ex-envoy to Russia who accused Putin of using judo-like tactics to ‘sow chaos’ in US, named as Biden’s CIA director


The assessment, which was released in the final days of the Obama administration, claimed that Russia ran a sophisticated interference and influence campaign to help Donald Trump beat Hillary Clinton in the 2016 presidential election. It primed the US public for the sequel theory that accused the Trump campaign of “colluding” with the Kremlin, setting the tone for the entire presidency of the Republican winner. Russia denied any involvement in the election and said it was used as a scapegoat in US partisan fights.

In 2017, Cohen famously rebuked then-CIA Director Mike Pompeo, when he claimed the US intelligence community believed the outcome of the election was not affected by the purported Russian campaign. In fact, the scope of the report was not wide enough to make such an assessment.

Not true. The Intelligence Community Assessment specifically said the IC made no judgment on whether Russian interference affected election. https://t.co/PHxXjiLMh8

Interestingly, after going private, Cohen worked at WilmerHale, a law firm that also employs Robert Mueller, the former FBI director and special counsel who investigated the Russiagate allegations and found no evidence of collusion. He also spent time as a national security contributor at NBC News, rubbing shoulders then with his ex-boss, Brennan.

Cohen is said to be respected and loved in the intelligence community. Brennan called him “a great listener” and “an ardent supporter and defender of the agency.”

Also on rt.com
Victoria ‘F**k the EU’ Nuland to make a comeback in Biden’s cabinet – media


Before becoming the second most senior official in the CIA, Cohen worked in the US Treasury, specializing in tracing financial streams and enforcing US economic sanctions, which won him the nickname “sanctions guru.” Early in his government career under George W. Bush, he was credited for his contribution to writing the section of the Patriot Act that deals with money laundering and financing of terrorism.