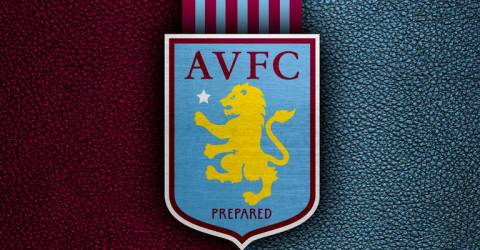 LONDON: Aston Villa face a Premier League fixture headache after Sunday’s game with Everton was postponed because several of their players are still self-isolating after a coronavirus outbreak in the camp.

Villa were forced to field a youth team in their FA Cup tie with Liverpool last week after nine players and five staff tested positive for Covid-19.

The Everton game had been moved from Saturday to Sunday to give the club extra time but with several players still self-isolating, the Premier League has agreed to reschedule the match.

“Aston Villa’s home match against Everton, scheduled to be played on Sunday, Jan 17 has been postponed by the Premier League board,” said a Premier League statement.

“Following the rescheduling of Villa’s fixture against Tottenham Hotspur, which was due to be played last night (Wednesday), a significant number of players and staff remain in isolation.”

Dean Smith’s Villa will have three games in hand over most of their rivals after the next round of fixtures this weekend.

Premier League clubs were issued with new virus guidelines last week and chief executive Richard Masters has reminded them of the “critical importance” of adhering to the protocols.

Britain is struggling to contain a surge in Covid-19 cases. On Wednesday a new record number of deaths were registered – 1,564 over 24 hours.

Dean Smith’s Villa, who are eighth in the table, 10 points behind leaders Manchester United, plan to reopen their training ground this weekend.

“The club would like to express its immense gratitude to the medical experts who have helped us to get a significant Covid-19 outbreak under control, as well as the Premier League board and our fellow clubs for their understanding during this period,” said a statement from the club.

“We expect that members of the first-team squad and staff who are healthy and safe to return to training will do so on Sunday when the isolation protocols will have been observed.” – AFP