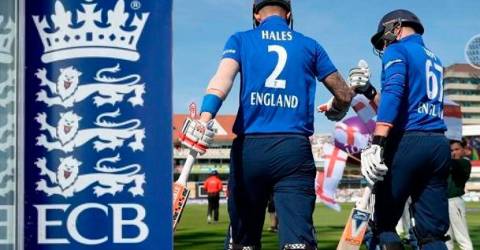 GALLE: England are “not concerned” after two staff members at their hotel in Galle where they are playing two Test matches against Sri Lanka tested positive for COVID-19, the team said on Friday.

The kitchen workers returned positive results after routine tests conducted by the hotel due the presence of the England team, Sri Lankan media reported.

“We are not concerned. Our protocols have been excellent and we continue to be vigilant,” an England spokesperson said.

“We are the most compliant team in world cricket. We are the only international team in any sport to have a COVID compliance officer. He is responsible for ensuring we meet the highest of standards across our COVID protocols.

“We remain vigilant and respectful of the Sri Lankan authorities and we will do everything that is possible to keep our players and the general population safe.”

It is a quite different stance from the team, who abandoned a One-Day International series in South Africa in December after two members of staff at the team hotel there tested positive for COVID-19. The team gave no details on the reasons for the change of tactic.

Meanwhile, England spinner Moeen Ali remains in isolation at a separate hotel after he tested positive on arrival in the country.

“(Ali) continues to receive care from Sri Lanka and England medical teams and will return to the squad as soon as it is safe to do so. We have yet to be given a date of when this will be,” the spokesperson said.

The first test in Galle started on Thursday, with the second due to begin on Jan 22. England will head to India for four Tests directly afterwards. – Reuters