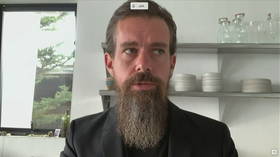 Former Facebook executive Alex Stamos likened Republicans in Congress to ISIS supporters and argued that conservative voices such as OANN and Newsmax must be quieted to return Americans to “consensual reality.”

“We’re going to have to figure out the OANN and Newsmax problem – you know, that these companies have freedom of speech, but I’m not sure we need Verizon, AT&T, Comcast and such to be bringing them into tens of millions of homes,” Stamos said Sunday in a CNN interview, suggesting that the conservative news outlets be banned by cable TV carriers. “This is allowing people to seek out information if they really want to, but not pushing it into their faces, I think, is where we’re going to have to go here.”

On CNN this morning:”We have to turn down the capability of these Conservative influencers to reach these huge audiences.””There are people on YouTube for example that have a larger audience than daytime CNN”Then calls for @OANN and @Newsmax to be deplatformed. pic.twitter.com/X34oewb1oU

Stamos, who was chief security officer at Facebook until August 2018, said press freedoms are being abused by “bad actors” that have an economic interest in becoming “more and more radical.” As Fox News fell out of favor with devout Trump supporters for some of its post-election coverage – which Stamos called introducing “realism” in its reporting – OANN and Newsmax outflanked Fox “on the right” and allowed viewers to “put themselves into a sealed ecosystem,” he argued.

“That becomes a huge challenge of figuring out, how do you bring those people back into the mainstream of fact-based reporting and try to get us all back into the same consensual reality?” Stamos said.


He called for the same kind of collaboration between social media companies and law enforcement that helped stop ISIS recruitment on their platforms after he joined Facebook in 2015. But Stamos, who is currently director of the Stanford Internet Observatory, added that “ISIS did not have a domestic constituency in the United States Congress.”

“There’s over half of the Republicans in Congress voted to overturn the election, and there will be continued political pressure on the companies to not take it seriously,” Stamos said.

He called for Big Tech to focus first on removing “violent extremists,” then “turn down the capability” of conservative influencers to reach large audiences. “There are people on YouTube, for example, that have a larger audience than daytime CNN, and they are extremely radical and pushing extremely radical views,” Stamos said. “So it’s up to the Facebooks and YouTubes, in particular, to think about whether or not they want to be effectively cable networks for disinformation.”

The call for aggressive de-platforming of conservative voices – following a purge that’s already seen the banning of the president of the Unites States and a coordinated takedown of free-speech Twitter alternative Parler – was welcomed at CNN, which has already lobbied to push Fox off the airwaves in the wake of the January 6 US Capitol riot.

“Just a reminder that neither Verizon, ATT nor Comcast have answered any questions about why they beam channels like OANN and Newsmax into millions of homes,” CNN media reporter Oliver Darcy said. “Do they have any second thoughts about distributing these channels, given their election-denialism content? They won’t say.”

Just a reminder that neither @Verizon, @ATT, nor @comcast have answered any questions about why they beam channels like OAN & Newsmax into millions of homes. Do they have any second thoughts about distributing these channels given their election denialism content? They won’t say.

Darcy made no mention of the content at CNN and other mainstream media outlets denying the legitimacy of the 2016 presidential election – based on claims, without evidence, that President Donald Trump’s campaign colluded with the Russians to win.

“What kind of totalitarian society are you cheering on?” Fox contributor Lisa Boothe asked. “CNN recently had to settle a big lawsuit for getting the facts wrong. Is this really a fair game to play?”

Oliver, this is just wrong to try to get them shut down. What kind of totalitarian society are you cheering on? CNN recently had to settle a big lawsuit for getting the facts wrong. Is this really a fair game to play?

Author Tim Carney questioned whether CNN’s pressuring of cable carriers to drop competitors might be considered a violation of antitrust law. Former California congressional candidate Beatrice Cardenas asked Darcy, “Who are you to demand censorship of freedoms of the press, psycho?”

CNN exerting pressure on carriers to drop a competitor or two: Is this an anti-trust violation?

Owen Paun, director of North Macedonia’s International Republican Institute, said Stamos and CNN “want to return to a simpler time, when the establishment was the gatekeeper of ‘truth.'” Pennsylvania engineer Pete Finnegan said the simpler time might be a fictional one, as in George Orwell’s “1984.”

They want to return to a simpler time, when the establishment was the gatekeeper of “truth.”

The angry man calling for conservative media to be eliminated today on CNN is @AlexStamosStamos is the disgraced Facebook chief security officer who left the company after massive failures, including allowing child pornography on the platform https://t.co/5PWZGzxKwm