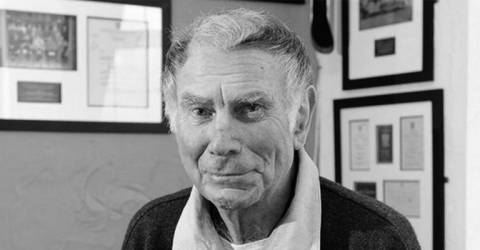 Swan won 19 England caps and was a member of the squad at the 1962 World Cup in Chile, although illness prevented him from playing.

It was widely thought he would feature at the 1966 World Cup, which England went on to win on home soil. But his involvement in a betting ring meant he missed out, with Swan jailed for four months.

The Owls said in a club statement: “Sheffield Wednesday are saddened to learn of the passing of our former player Peter Swan at the age of 84.

“Over two spells at Hillsborough the revered defender made over 300 appearances and represented England at international level.

“Our thoughts are with Peter’s family and friends at this difficult time.”

Swan’s football career came to a shuddering halt in 1964.

That was when Britain’s Sunday People newspaper revealed that Swan and fellow teammates Tony Kay and David Layne had placed a bet on reigning English champions Ipswich Town to beat their Wednesday side in December 1962 following an approach from Jimmy Gauld – a leading member of a betting ring.

All three players received four-month jail terms and lifetime bans, dashing Swan’s hopes of becoming a member of the only England squad to have won the World Cup.

Swan, however, successfully appealed and returned to Hillsborough in 1972, before playing for Bury, Matlock and Worksop and then becoming a publican after his football career finished.

“We lost the game fair and square,” Swan told The Times in a 2006 interview about the incident.

“But I still don’t know what I’d have done if we’d been winning. It would have been easy for me to give away a penalty or even score an own goal. Who knows?” – AFP