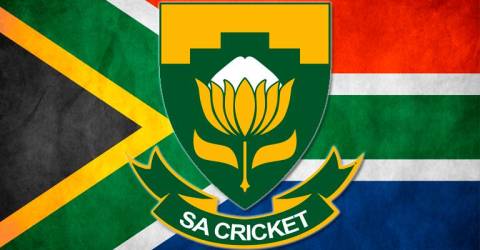 JOHANNESBURG: Cricket South Africa interim board chairman Zak Yacoob said on Thursday he was confident that Australia’s Test tour of South Africa would go ahead, although he cautioned that the unpredictability of the Covid-19 virus could yet cause plans to change.

“I had a chat with the chair of Cricket Australia (Earl Eddings) about a week ago and we agreed that the tour is going to go ahead,” he told a virtual press conference.

A three-Test tour was originally scheduled to take place during February and March but an aborted limited overs tour by England late last year led to speculation that either the tour might not take place or that it could be switched to Perth in Western Australia.

The tour is now expected to go ahead in March or April.

“We are going to ensure that our facilities are as good as possible – as good as necessary,” said Yacoob. “We agreed that we learn every day – but that is not on the basis that we did anything that was wrong when England were here.”

Sri Lanka subsequently played two Test matches in South Africa in December and January without any breaches of a bio-secure environment.

“None of the England people were affected. That’s the bottom line,” said Yacoob.

“But we are learning that the virus changes all the time. As it changes things must change.”

He said that he and Eddings had agreed to rely on experts to assess the safety of facilities.

“So far there is no doubt between the chair of Cricket Australia and myself that the tour will go ahead but we have agreed also that the coronavirus is changing and we cannot predict what will happen,” said Yacoob.

“So if things suddenly go down for the worse and our experts and other experts say we can’t do it, we won’t be able to.”

CSA acting chief executive Pholetsi Moseki said he expected that an announcement on the tour would be made “in a week or so”.

The press conference was called to provide an update on progress towards establishing a new structure for CSA following the resignation of the previous board last year.

Yacoob said the interim board believed that the majority of a permanent board should be independent rather than drawn from cricket structures.

Yacoob said the interim board had been granted a one-month extension to their original three-month mandate, giving them until February 15 to complete their work.

However, he said a further extension might be necessary if CSA’s members’ council, consisting of the presidents of provincial unions, did not agree to the interim board’s proposals. – AFP