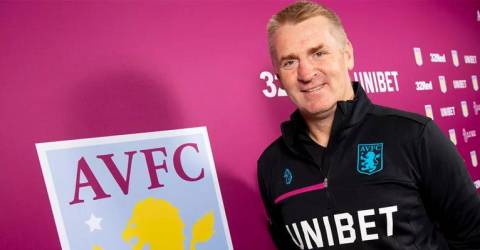 LONDON: Aston Villa manager Dean Smith will serve a touchline ban against Newcastle after “reluctantly” accepting a Football Association charge for an outburst at a referee.

The 49-year-old was sent off during Wednesday’s 2-0 loss at Premier League rivals Manchester City and then charged after allegedly using abusive and/or insulting language towards referee Jon Moss following City’s opening goal 11 minutes from time.

A furious Smith asked the officials if they had received juggling balls for Christmas after midfielder Rodri ran back from an offside position to tackle Tyrone Mings and pass for Bernardo Silva to score.

“I will reluctantly accept it,” Smith said Friday of the charge. “I certainly did not abuse them. That will be the end of the matter.

“Nobody likes it. I don’t regret asking the referee if he had juggling balls for Christmas. That’s my way of dealing with the situation.”

Villa are currently 11th in the table, four places and seven points clear of Newcastle, ahead of Saturday’s match at home to the Magpies. – AFP