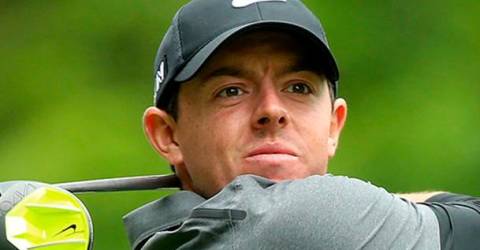 ABU DHABI: Rory McIlroy (pix) will take a one-shot lead over Tyrrell Hatton into the final day of the Abu Dhabi Championship after firing a third-round 67 on Saturday.

The four-time major winner started the day three strokes adrift of Hatton, but moved clear of the Englishman, who missed a short birdie putt on the 18th hole to tie the lead.

McIlroy’s five-under-par round took him to 13-under for the European Tour’s season-opening event, with two-time champion Tommy Fleetwood also in contention, sitting two shots off the pace in third.

The only tournament that the 31-year-old McIlroy has played more times than Abu Dhabi without winning the title is the Masters.

He has finished second on four occasions and third three times in his 10 previous appearances.

“I want to make it my turn. I have to go out there and continue to hit the ball like I hit it on the back nine tonight. If I can do that and give myself plenty of chances, I’ll have a real chance.”

The highlight of McIlroy’s round was an eagle on the par-five 10th when he holed his approach shot, while back-to-back birdies at 15 and 16 took him ahead of Hatton.

“Obviously had that big stroke of luck on 10, the ball hitting the pin and going in,” he added.

It was a frustrating day for world number nine Hatton, who struggled to find his best form in the blustery conditions.

A magnificent 40-foot birdie putt on the penultimate green dragged him back within one of McIlroy, but a three-putt on the next hole saw him finish with a disappointing par and a one-under 71.

Fleetwood, the Abu Dhabi winner in 2017 and 2018, bolstered his bid for a first European Tour victory since 2019 by carding a second straight 67.

American David Lipsky and Scotland’s Marc Warren sit three shots off the lead on 10-under, one ahead of Rafael Cabrera Bello, who could only manage a third-round 73, playing alongside McIlroy and Hatton. – AFP