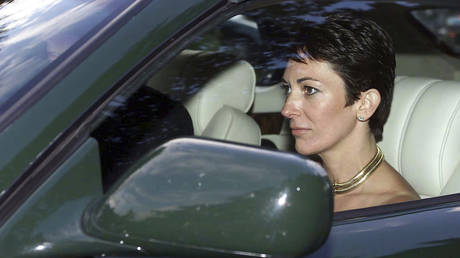 Ghislaine Maxwell, the British socialite and alleged madam for Jeffrey Epstein, has petitioned the judge to throw out her case, citing a plea deal the pedophile secured in 2008 that she claims renders her immune from prosecution.

Maxwell was arrested in July 2020, charged with grooming teenage girls for Epstein and his associates to sexually abuse.

Her lawyers filed a motion on Monday to dismiss her case on multiple grounds, citing a non-prosecution deal Epstein struck with the US federal government over 12 years ago as sufficient protection to exempt her from prosecution, as well as the circumstances of the timing and execution of the warrant for her arrest in New York. However, Maxwell herself was not referenced by name in the plea deal’s documentation.

Officials say Epstein killed himself in August 2019 at the Manhattan jail where he was being detained pending trial for sex trafficking charges. The circumstances of his death have been the subject of much debate, public scrutiny and several conspiracy theories, sparking the “Epstein didn’t kill himself” meme on social media.

Also on rt.com
‘The government was trying to kill him anyway’: Epstein’s fellow inmates claim he was suicidal due to abuse & threats, report says


Maxwell’s legal team also maintains the indictment against her was both unjustly obtained and contains charges so vague as to preclude the case going before a jury.

The 59-year-old has pleaded not guilty to grooming girls and young women between 1994 and 1997, including recruiting a 14-year-old for sexual abuse. The indictment alleges she herself participated in the abuse on occasion. Her lawyers have petitioned the judge to reduce the number of charges against their client.

Maxwell’s trial is scheduled for July 2021, and she reportedly has a $7.67 million defense fund set aside from her total $22.5 million joint assets with her husband to fight the charges. She has not been granted bail since her arrest, as she is considered a flight risk.