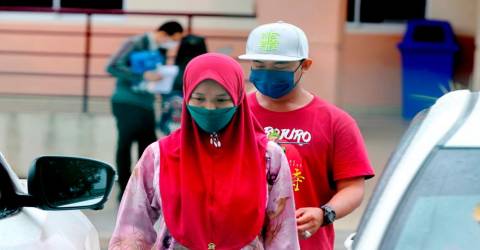 GALLE: Sri Lanka must learn to bat like Joe Root if they are to return to winning ways on home soil, captain Dinesh Chandimal (pix) said on Monday after losing the second Test to England.

Sri Lanka were beaten by six wickets on the fourth day of the second and final Test at the Galle International Stadium to lose the series 2-0 and suffering a sixth successive home Test defeat to England.

England captain Root was the man of the series after scoring 228 in the first Test and 186 in the second.

“We were outplayed today,” admitted Chandimal, who was stand-in captain after Dimuth Karunaratne broke his thumb earlier this month in the 2-0 series loss in South Africa.

“We did all the hard work over the last three days but as a batting unit we then made the same mistakes as we did on the opening day of the first Test.”

Sri Lanka, who had a 37-run first innings lead, were rumbled out for 126 in their second innings by England on Monday, leaving the tourists to successfully chase down 164 runs to win and complete victory inside four days.

In the first Test, Sri Lanka also won the toss, always an advantage in Galle, but scored only 135 runs in their first innings and went on to lose by seven wickets.

On both occasions, their collapse was characterised by some poor shots.

“For the batsmen, there are no excuses,” Chandimal added.

“We have to learn how to bat like Root. He was outstanding and we have to also learn to play with patience. That’s the key when it comes to batting.

“We did well in patches but that’s not good enough when you are playing a good team like England.”

Sri Lanka last won a home Test against South Africa in 2018 and have played mostly away from home since. They head to the West Indies next month for both Tests and limited overs internationals. – Reuters