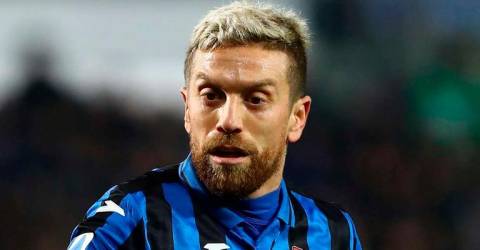 MILAN: Out-of-favour Atalanta captain Alejandro ‘Papu’ Gomez (pix) described his mixed emotions on Tuesday as he prepares to leave the Serie A club he helped take to the Champions League for the first time.

The Bergamo outfit have reportedly reached an agreement with La Liga’s Sevilla for the sale of the attacker who has fallen out with coach Gian Piero Gasperini.

“It’s a mixture of feelings, after so many years in this city,” the 32-year-old Argentine told Sky Sport Italia.

“I’m sad, and also happy. Sometimes things happen and go a certain way, but I would do it all again because we wrote the history of this club. I leave Atalanta at the top in Europe.”

Gomez joined the side in 2014 from Ukrainian outfit Metalist Kharkiv, and skippered them to the Champions League quarterfinals on their competition debut.

Gomez fell out with Gasperini after a clash of opinions during half-time in an European match this season.

The club went through to the last 16 for the second consecutive season where they will play 13-time winners Real Madrid.

“The fans? I’ll miss them a lot, Bergamo is in my heart. We will surely see each other again soon,” added Gomez, who has scored one goal in five appearances for Argentina. – AFP