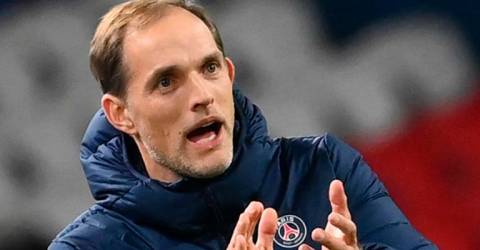 LONDON: Thomas Tuchel (pix) is set to be named Chelsea manager on Tuesday several years after he first spoke with the Premier League giants about the job.

The 47-year-old German replaces the sacked Frank Lampard and will be the 15th change of manager since Russian oligarch Roman Abramovich bought the club in 2003.

Tuchel follows some noteworthy predecessors in Jose Mourinho and Carlo Ancelotti, who have also fallen foul of Abramovich in the past – the Italian was fired a season after delivering the domestic double.

Lampard, Chelsea’s record goalscorer, discovered that sentiment is not part of Abramovich’s DNA as he dispensed with the Englishman on Monday after just 18 months in charge.

The enigmatic Russian did break with tradition in commenting on the sacking, sugar-coating the brutality of the firing.

“This was a very difficult decision for the club, not least because I have an excellent personal relationship with Frank and I have the utmost respect for him,” said Abramovich.

“He is a man of great integrity and has the highest of work ethics.”

Whilst Lampard expressed his disappointment, Tuchel’s task will be to get the best out of the £200 million of talent that was brought in in the close season, including young German attackers Timo Werner and Kai Havertz.

Tuchel is well-versed in the school of hard knocks of being a manager having been sent packing at the end of December despite guiding Paris Saint-Germain to the Champions League final just four months earlier.

His falling out with PSG sporting director Leonardo played a large part in that and his habit of fractious relations with his employers does not bode well for his prospects at a club with such a famously impatient owner.

He will need to maintain good relations with the all-powerful director Marina Granovskaia if he too is not to suffer the same fate as his predecessors.

“We’ll be talking about him being let go in the next 18 months to two years, I’m pretty sure of that.”

Tuchel’s ambition has always been to manage a Premier League club, like Liverpool’s Jurgen Klopp, his fellow German and also one of his predecessors as Borussia Dortmund coach.

He did hold talks with Chelsea over replacing Antonio Conte after he left Dortmund in 2017 but while he impressed Granovskaia he ended up at PSG.

Lampard had declared himself to be a fighter last Friday but his words fell on deaf ears in the boardroom as they fired him the day after a FA Cup win over Championship side Luton.

“I am disappointed not to have had the time this season to take the club forward and bring it to the next level,” said Lampard.

However, despite a fourth-place finish last season with a largely young side other statistics point to why Abramovich decided to cut him loose.

Lampard’s Premier League points-per-game average of 1.67 is the lowest for any Chelsea manager since Abramovich arrived at Stamford Bridge in 2003.

Tuchel will be hard-pressed to have any impact prior to the Premier League game with Wolves on Wednesday but he will at least have a first-hand view of his players.

The Chelsea board will hope that he will be able to engineer far better performances out of his compatriots Havertz and Werner.

The latter in particular has gone off the boil and looked nothing like a £52 million striker, with a missed penalty in the FA Cup win against Luton on Sunday summing up his lack of confidence. Werner reacted by pulling up his shirt and burying his head in it — reflecting the general feeling in the team.

If Tuchel succeeds in quickly restoring the vim in the squad he will have rescued something from the season and put them on the right path at least.

Rangers manager Steven Gerrard said he expected Lampard, who like him was part of the so-called golden generation of England footballers, to bounce back.

However, former Liverpool captain Gerrard said he felt the Chelsea board should have given Lampard more time.

“I did think it was an opportunity for Chelsea to really reach out and support him during this tough period rather than do what they have done,” said Gerrard.

“But Chelsea have got history for that so it was no surprise.” – AFP