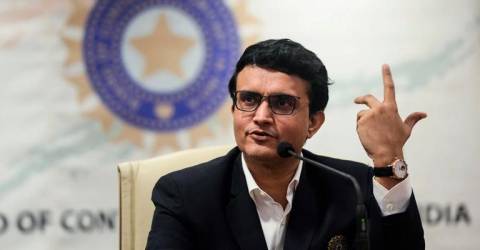 The 48-year-old former captain suffered a heart attack early this month and underwent a successful angioplasty operation in his hometown Kolkata.

“Ganguly was rushed to Apollo Hospital after he experienced chest pain and uneasiness on Wednesday afternoon,” Manotosh Panja, a senior doctor, said.

The left-handed opener retired from Test cricket in 2008 having accumulated 7,212 runs including 16 centuries – his first made at Lord’s on debut.