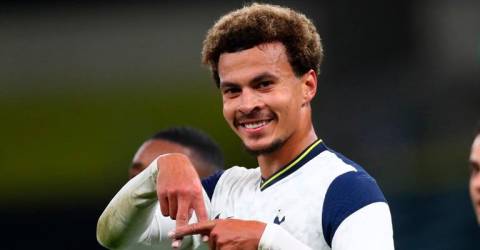 LONDON: Jose Mourinho said Wednesday that he does not expect Dele Alli to be reunited with his former boss Mauricio Pochettino at Paris Saint-Germain by the end of the transfer window.

Alli, 24, has been a peripheral figure for Mourinho at Tottenham Hotspur this season, playing just 74 minutes in 18 Premier League games.

The England midfielder played his best football during Pochettino’s reign at Spurs and has been linked with a move to PSG as the Argentine’s first signing since taking charge in December.

“I don’t believe anything is going to happen but the window is open still. Sometimes unexpected things can happen, but I don’t expect it.”

Alli, who will miss the visit of Liverpool due to injury, has made just five starts all season, none of which have come in the league since the opening weekend of the campaign. – AFP