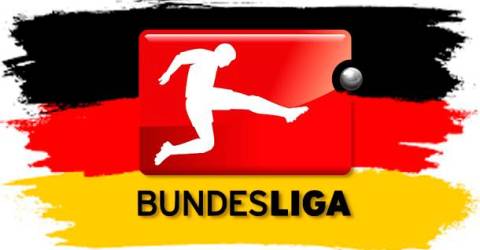 BERLIN: When second-placed RB Leipzig host Bayer Leverkusen, who are third, in the Bundesliga on Saturday it will bring together two teams struggling for form as leaders Bayern Munich gradually pull away.

Both sides will be aiming to get themselves out of bad runs, with Leipzig having won two of their last six games while Leverkusen have managed one victory over the same period.

The Bulls are three points ahead of Leverkusen and a home victory would see them open a six-point gap while also staying on the heels of Bayern, who are seven points clear on 42.

Leipzig could have playmaker Kevin Kampl and forward Yussuf Poulsen back after both returned to training this week following injuries. Ibrahima Konate may also make a comeback from injury, strengthening Leipzig’s squad ahead of the games.

Only four weeks ago Leverkusen were top of the Bundesliga, impressing everyone with their quick moves and strength at the back – they still have the second best defensive record in the league after Leipzig.

But following a 2-1 home defeat by Bayern in December, few things have worked well for Peter Bosz’s team who have earned four points from the last six games.

The serious knee injury to Julian Baumgartlinger last week that will rule him out for months was a further blow and, with a Champions League qualifying spot at risk, the focus is firmly on a top-four finish.

“I could not care less about Bayern,” Leverkusen goalkeeper Lukas Hradecky said after his side’s 1-0 loss at home to VfL Wolfsburg that saw the Wolves join Leverkusen on 32 points.

Champions League qualification is crucial for Leverkusen’s development and Bosz has boosted his defence with two right backs, bringing in Timothy Fosu-Mensah from Manchester United and on Wednesday fellow Dutchman Jeremie Frimpong from Celtic.

Frimpong, who local media say cost €11 million, will not be available for Saturday.