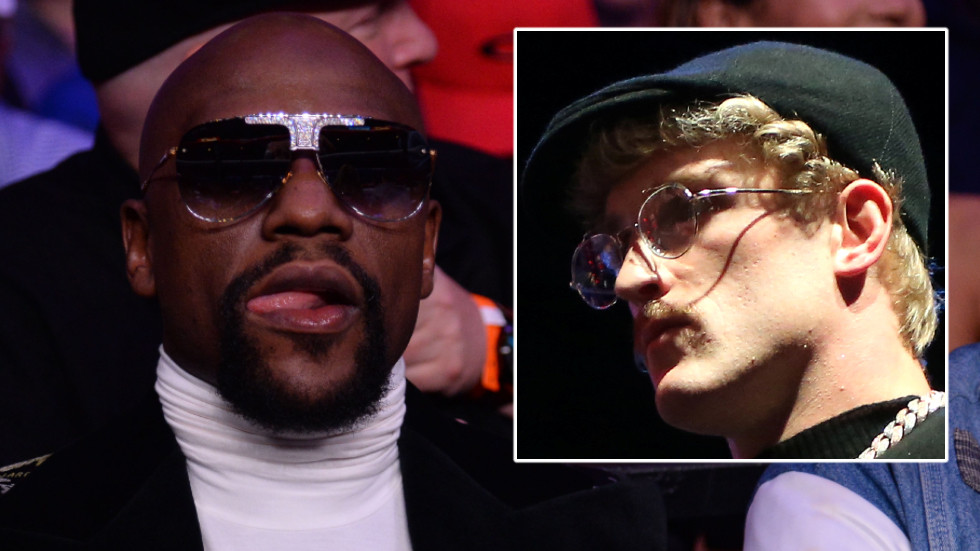 Despite Logan Paul’s protestations, rumors abound that his much-trumpeted mismatch with boxing great Floyd Mayweather has fallen foul of a lack of interest. Could that herald more quality control when novelty fights are scheduled?

Logan Paul came out swinging when reports widely suggested that his meeting with Floyd Mayweather had been scrapped at three weeks’ notice because of low take-up from fans.

If you believe the YouTube maverick – and his contention that the fight has attracted ample interest and will go ahead at some unspecified point is clearly feasible, given his proven ability to shift tickets – the event has only been held up because of Mayweather’s demands and the need to make arrangements “1,000 percent right”.

On the other hand, that would require suspending a certain amount of suspicion towards a man who, ahead of the proposed second fight of a professional boxing career that has so far featured a defeat to fellow YouTuber KSI, spoke of his conviction that he will beat a hall-of-famer whose near-invincibility against even the most accomplished of opponents does not require revisiting for anyone familiar with the sport.

Logan Paul and Mayweather has been postponed. Not surprised. I’d be less surprised if the fight never happens.

“Lack of interest? What the f*ck?”asked Paul, having filled arenas for the KSI contest, attracting an audience of millions on the platform where he made his name that was largely new to the sport. “There’s not been a fight that’s made this much noise the whole year.”

An alternative – hopeful, perhaps – explanation is that there is a limit to the level of credibility-stretching that fans and promoters are willing to tolerate after a justified debate about the value of such staggeringly uneven encounters.

From Mike Tyson and Roy Jones Jr to Eddie Hearn and more recent heavyweight champion David Haye, any number of high-profile figures have articulated an evident partial truth that these bouts can be pure fun and a way of enticing a new generation who could help to grow boxing.


Punters questioning at what point these events become sufficiently farcical to dim audience interest are depicted as dinosaurs, unable to appreciate why younger crowds want to see the charismatic characters they adore from podcasts and videos take part in formidable challenges against sporting greats.

The potential demise of Paul’s challenge to Mayweather, though, could signal a reality that there needs to be a level of sporting intrigue involved in any event touted as competitive.

Jake Paul’s fight on Tyson and Jones’s undercard last year made for viewing so ugly that professionals called into question the wisdom of putting fighters with no grounding in the sport into the ring, as former NBA star Nate Robinson showed all of his inexperience in a violent one-sided pummeling by Logan’s brother.


Mayweather will remember the bizarre nature of his win over diminutive kickboxer Tenshin Nasukaw in Japan in 2018, a fight that appeared to have been called off at short notice because the boxer did not realize it would be held in an arena.

When it did go ahead, Mayweather did not carry out any special training, laughed at his opponent in the ring and held his hand as the home fighter cried after being casually clumped to the canvas by an adversary who had not even acclimatized after landing.

Organizers who paid their star attraction $9 million – pocket money compared to the $275 million he earned for his clash with Conor McGregor – were said to have realized it was a mistake during the fight.

Also on rt.com
Drunk? On drugs? CTE? Ex-boxing star MOCKED after claiming Logan Paul will cause ‘trouble’ for Floyd Mayweather in exhibition bout


As much as purists and casual fans would love to see Mayweather showcase his sorcerer skills, his brief, jokey stay in the ring that night was a galaxy away from watching arguably the finest boxer of his generation at his glorious peak.

At 43 and after decades of fights, it immediately seemed unlikely that Mayweather was really as riled by Paul as he claimed to be on social media before their event was announced, and the veteran may well now feel that a similar prospect to his blitz of Nasukaw would not be worth the bother.

There had been almost no discernable promotion for his scrap with Paul, and the reported contention of promoters that “Covid and stuff” had put paid to the event sound as lame as the younger man’s boasts about being Mayweather’s peer.

Also on rt.com
‘This is a REAL FIGHT’: Streaming executive says Floyd Mayweather and Logan Paul WILL go for the knockout in February clash


As some of the voices of concern for Robinson pointed out, lines of sense have to be drawn at some point, even if they are broad enough to allow, say, Jake Paul’s scheduled fight with retired UFC competitor Ben Askren to take place later this year – although it remains to be seen whether that collision of styles will end in a remotely compelling, safe spectacle.

Every time a fight with no tangible sporting merit is made, the case for further exhibitions and unorthodox match-ups taking place is eroded, as is the validity of boxing as the serious sport that the Pauls have said they know it is.

The response to the postponement announcement has been little more than a murmur. Short of the relentless promotional posturing that its rescheduling might entail, it is hard to make a case for resurrecting a wearisome idea.

Also on rt.com
‘It’s all about the money’: Canelo issues sparring invite to YouTube brothers the Pauls and claims they ‘lack respect for boxing’