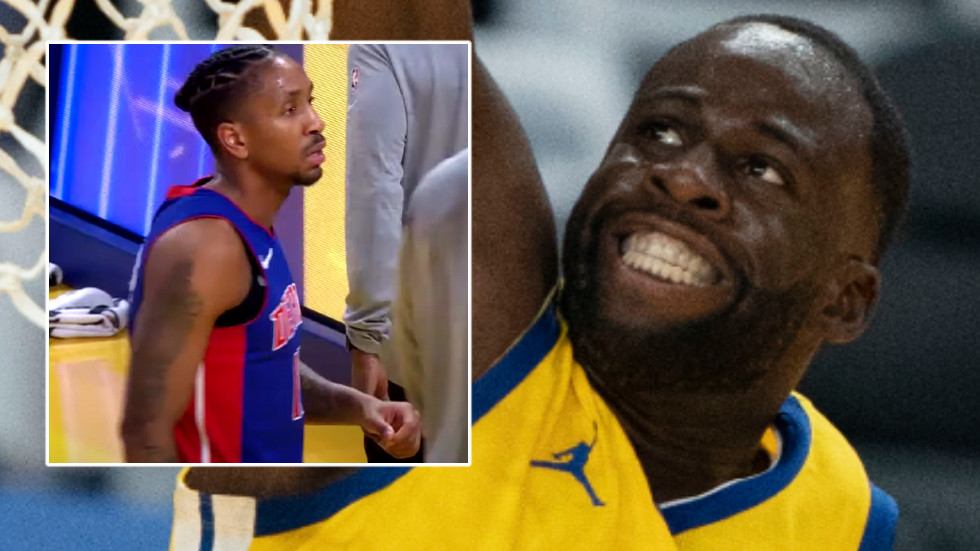 NBA fans have been left mystified by Detroit Pistons star Rodney McGruder’s fiery end to a thrashing by Golden State Warriors, causing opposition forward Draymond Green to furiously lash out at him in an epic post-game rant.

Warriors shooting guard Klay Thompson gave moody McGruder his first savaging after he appeared to confrontationally approach Warriors players immediately after the 118-91 defeat at the Chase Center in San Francisco on Sunday.

While viewers claimed that McGruder had targeted Juan Toscano-Anderson over possible barbs by the forward during the game, Thompson trashed the late replacement by warning that he “might be out of the league soon” and “might be mad about that.”

Green was emphatically more scathing. “When the f*ck did Rodney McGruder become the tough guy on the team?” he asked in his post-game press call.

“I don’t know, man. Everybody in the league is tough these days. It’s crazy. I’ve seen a lot of tough guys this year.

“I don’t understand it – and don’t nobody do anything. If you really wanted to do something, you could’ve done it.”

McGruder appeared to retreat after none of his teammates seemed to share his apparent animosity towards his adversaries.

At the end of the game, McGruder walked over to talk to Juan Toscano-Anderson. You could hear Klay asking what McGruder was saying. Whatever the answer was, Klay wasn’t feeling it https://t.co/SzhQh2bNOD

“Get the hell out of here,” thundered Green, adding that he was “rocking” with Toscano-Anderson, who he said woud “bring” McGruder the menacing-sounding “town business”.

“I don’t know, there are too many tough guys in this league today,” concluded the bristling 30-year-old.

“But I know one thing: ain’t nobody scared of no damn Rodney McGruder.”