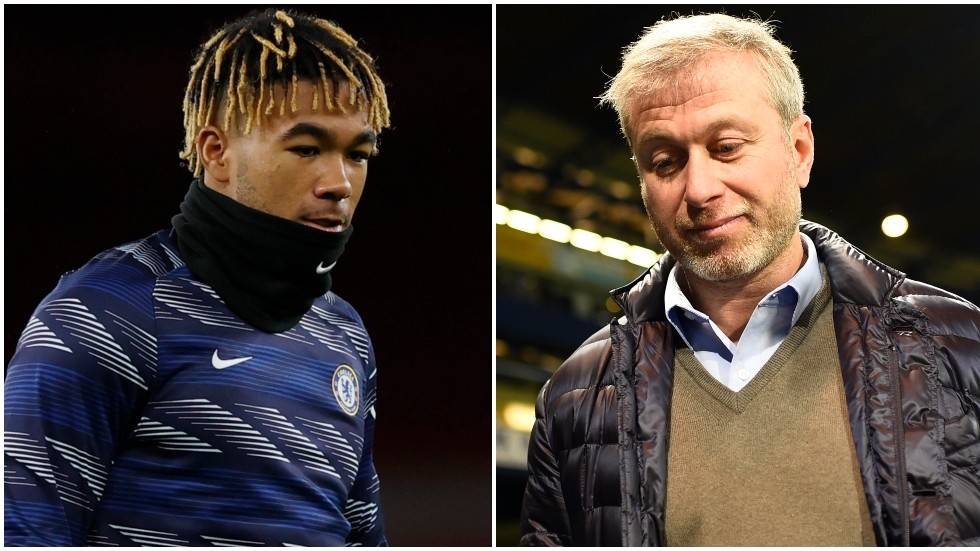 Roman Abramovich has vowed to direct more funds to efforts to stamp out racism in football as the billionaire Chelsea owner offered his support following racist abuse directed at Blues defender Reece James.

James, 21, recently shared the vile abuse he has been subjected to online, demanding that “something needs to change.”

Manchester United forward Marcus Rashford also spoke out over the weekend against abuse he has received, while teammates Anthony Martial and Axel Tuanzebe were targeted in recent days.

Elsewhere, a man was arrested after a racist message was sent to West Bromwich Albion midfielder Romaine Sawyers.

Also on rt.com
‘He is extremely upset’: Premier League boss warns players could launch lawsuits over racism after club calls in police over abuse


Chelsea owner Abramovich – who has been at the forefront of his club’s efforts to crack down on discrimination, including through a recent ceremony to mark Holocaust Memorial Day – has now offered his personal support in the battle, according to a letter shared by the Daily Mail.

“I am appalled by the racist abuse targeted at Reece on social media,” Abramovich wrote.

“Racism has no place in our club nor in our society. Our club is committed to fighting racism, antisemitism and all forms of discrimination.

“It shocks me that only days after we commemorated Holocaust Memorial Day, we as a society do not seem to have learned the lessons of our shared past and the consequences that hate and discrimination can have.

“We cannot allow this to continue unchecked. I have therefore directed the board to further increase the club’s efforts in this area and I will personally direct more funds towards this important work.”

Abramovich added: “Rest assured, we will play a leading role in this vital work and demonstrate that football is a sport that is open to all.”

The Chelsea owner joins high-profile figures to draw attention to the issue, including Prince William.

The Duke of Cambridge wrote on Twitter: “Racist abuse – whether on the pitch, in the stands, or on social media – is despicable and it must stop now.

“We all have a responsibility to create an environment where such abuse is not tolerated, and those who choose to spread hate and division are held accountable for their actions. That responsibility extends to the platforms where so much of this activity now takes place.

“I commend all those players, supporters, clubs and organizations who continue to call out and condemn this abuse in the strongest terms.”

Also on rt.com
‘You must do more’: Chelsea captain pleads with social media giants for protection after English FA condemns yet more racist abuse

Last week, the Premier League said tech giants need to act for the “swifter removal of offensive messages and improved identification and banning of offenders.”