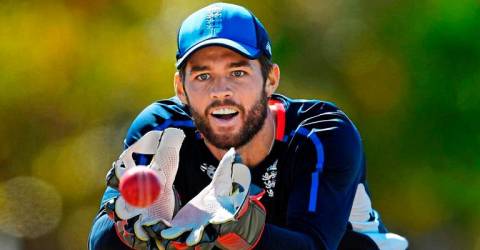 NEW DELHI: Ben Foakes (pix) believes he deserved a long run after his spectacular debut in Sri Lanka but has accepted his role as Jos Buttler’s understudy as England’s Test wicket-keeper.

Foakes smashed a century on his Test debut at Galle and was adjudged man-of-the-series but has played only two more Tests, both in West Indies, since that heady tour of Sri Lanka in late 2018.

With Buttler set to return home after the opening Test against India, Foakes is expected to don the keeper’s role in the last three matches against Virat Kohli’s men.

“The way I started in Sri Lanka, I did expect to play for longer,” Foakes told a video conference from Chennai, which hosts the opening Test from Friday.

“I did expect to get more of a run at that stage. I guess it’s tricky to control your emotions… with everything going on then and then having to get it taken away from me because I didn’t get runs in West Indies.

“I know that competition among the keepers is so high that there are going to be times when I’m not playing. And that’s something I just have to accept and be at peace with.”

“As a keeper, you never know what’s going to happen… you always have to be on your guard, ready (for opportunities),” Foakes said.

“It’s not the most fun place to be as a back-up keeper but it’s one of those things where you have to always expect them to happen.”

The Surrey player accepted however well he might fare in India, Buttler would reclaim the place behind the stumps as and when he is available.

“I would expect it to be the case. Jos is the number one and I’m just seeing these three games as a chance to try and stake my claim and do as well as possible,” added Foakes. – Reuters