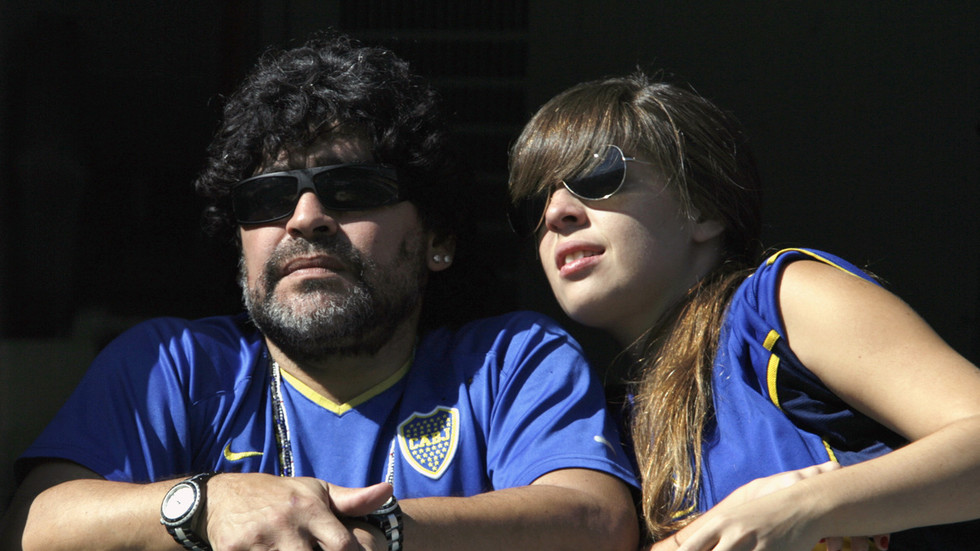 Diego Maradona’s daughter Dalma has said she vomited after listening to audio of an alleged conversation between her late father’s neurosurgeon Leopoldo Luque and the psychiatrist Agustina Cosachov from the day of his passing.

The recordings, in which Luque is allegedly heard saying that “the fat man is going to die sh*tting himself,” leaked online triggering public uproar.

READ MORE: ‘I need a hug’: Daughters who were ‘caught in legal battle’ with Diego Maradona pay emotional tributes to tragic football legend

“I’m on the motorway, it seems he’s dead, I bet he’s dead, the San Andres neighborhood, you have to go the way we always go,” Luque allegedly begins in a voice message while in contact with his colleagues.

“It seems he had a heart attack and he’s going to die sh*tting himself, the fatty, no idea what happened, I’m on my way.”

Cosachov was in Maradona’s house on the day of his death, and was allegedly telling Luque about the Argentine’s football icon’s final moments in the audio messages.

“We entered the room and [he] was cold, cold,” a message said.

Also on rt.com
Maradona’s daughter breaks down in tears as Boca Juniors players give her ovation in touching tribute to late icon (VIDEO)


“With all the circulation marked. We started to do the resuscitation and he recovered his tone a little and, let’s say, he recovered a little body temperature. All of that was more or less 10 minutes that we did manual CPR and then the ambulance arrived. Now they are proceeding.”

A disgusted Dalma Maradona wrote on social media: “I just listened to the audios between Luque and the psychiatrist and I vomited. The only thing I ask of God is that justice be done and that all those who have to pay pay.”

She accused the doctors of poorly treating her father, who died on November 25 after having a heart attack.

The tragedy took place just two weeks after he was released from hospital after undergoing brain surgery.

Local authorities investigating the death of the football icon opened a probe into Maradona’s medical treatment and drugs prescription.