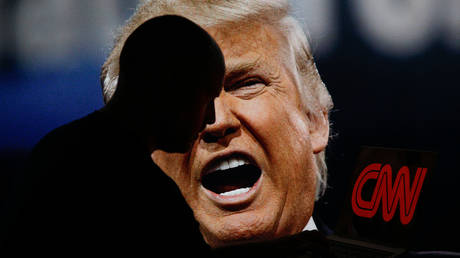 After four years of bitterly opposing Donald Trump, CNN has seen its ratings fall off a cliff since President Joe Biden took office. Seemingly, the leader CNN hated was great for business.

CNN’s primetime ratings fell by around 44 percent during the last week in January, according to new analysis by Variety. The drop was even more pronounced compared to a month earlier: an average of 2.04 million viewers tuned into the network for Anderson Cooper’s weekday 8 p.m. slot compared to 5.19 million at the beginning of January.

MSNBC also saw its ratings fall by between 11 and 20 percent, with Lawrence O’Donnell’s 10 p.m. slot the worst hit.

While CNN and MSNBC may have begun hemorrhaging viewers after Biden’s inauguration, Fox News’ losses began after Biden was declared the winner of the November election. Some of that network’s most loyal viewers accused it of turning on Trump and switched over to more conservative outlets like OANN and Newsmax instead.

And even if CNN and MSNBC did spend the last four years holding Trump’s feet to the fire, there’s no denying that the former president kept liberal eyes glued to both networks throughout his term in office. Though he frequently chided CNN and MSNBC for their supposedly “terrible” ratings, these networks, plus the nation’s top newspapers, turned handsome profits for the last few years.

CNN and MSNBC rooted for Joe Biden, but with Biden’s campaign promising a return to business as usual in Washington, viewers might be tempted to tune out. Biden’s official Twitter feed is sanitized and free of the insults, rants and jokes that characterized Trump’s. His press conferences don’t simmer with the same potential for conflict that Trump’s did, and his public statements are carefully managed. The TV networks have far less material to work with, and are thus far less interested in bashing Biden the same way they did Trump.

Also on rt.com
Trump behaved no worse than JFK or Clinton – all these ‘Orange Man Bad’ cries only hurt the media


“Watching Sleepy Joe Biden making a speech,” Trump tweeted in 2019. “Sooo Boring! The LameStream Media will die in the ratings and clicks with this guy. It will be over for them, not to mention the fact that our Country will do poorly with him.” Whatever one thinks about the second part of that sentence, Trump’s prediction of a media implosion may prove prophetic if the downward trend continues.

Though Trump has left Washington and remains a social media pariah in Florida, he will once again be the subject of a media frenzy when his second impeachment trial kicks off next week. However, executives at CNN and MSNBC might not get the ratings boost they’re after, as viewers by and large were uninterested in the impeachment drama the first time around.