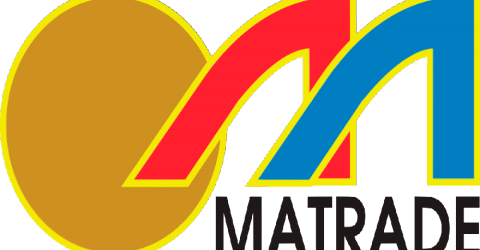 PARIS: Liverpool star Mohamed Salah said he “likes facing West Ham” after scoring two superb goals against them at the weekend in a 3-1 triumph for the Premier League defending champions.

It was the eighth time the 28-year-old Egyptian had faced the Hammers and the two-time African Footballer of the Year has bagged nine goals in those matches.

Here, AFP Sport rounds up the performances of African stars in the major European leagues:

He ended his goal drought in the champions’ crucial win at West Ham. With leaders Manchester City winning against Sheffield United 24 hours earlier, there was no margin for error as Liverpool try to keep pace. Salah, who had gone six league games without scoring, ensured Jurgen Klopp’s men would move within four points of City as he produced two sublime finishes in the second half. He is the first player to score at least 20 goals in all competitions in four consecutive seasons for Liverpool since Ian Rush in the 1980s.

The Ghana forward provided the assist as Crystal Palace beat Wolves 1-0 at Selhurst Park. Roy Hodgson’s side were unable to break down stubborn Wolves until Ayew teed up Eberechi Eze’s goal on 59 minutes. Ayew has gone 12 games without scoring for Palace and has just one goal to his credit this season.

Kessie stood up to take Serie A leaders AC Milan’s second penalty of the game after Zlatan Ibrahimovic missed the first, and the Ivorian scored in a 2-1 win over Bologna. Kessie planted the ball into the middle of the net on 55 minutes for his seventh league goal this season, with six coming from the spot, matching his previous best goal tally for a season in 2018-2019.

Ivorian Boga found the net with the last kick of the game to rescue a 1-1 draw for eighth-placed Sassuolo against Cagliari. It was his third league goal this season.

Gambian Colley celebrated on the eve of his 21st birthday with his first league goal for ninth-placed Hellas Verona in a 3-1 defeat at Roma. The ex-Atalanta player came off the bench after 55 minutes and scored seven minutes later with a header.

The Democratic Republic of Congo winger scored for the fourth consecutive Bundesliga game with an incredible individual goal to seal Stuttgart a 2-0 win at home to strugglers Mainz. Wamangituka picked up the ball on the edge of his own box before capping a mazy 70-yard run with an emphatic finish to claim his 11th league goal of the season.

The Togolese winger put in a superb cross just before half-time, which was volleyed home by Andrej Kramaric in Hoffenheim’s 4-1 defeat at Bundesliga leaders Bayern Munich.

The Burkinabe was in the thick of things during Leverkusen’s tense 1-0 defeat at second-placed RB Leipzig, which left the visitors fourth in the table. The 21-year-old was lucky to avoid a booking after clattering into Leipzig’s Norwegian striker Alexander Sorloth, then scorer Christopher Nkunku, with both heavy challenges sparking heated clashes in an often bad-tempered affair.

Nigerian youngster Moffi and DR Congo forward Wissa both came off the bench to score late on and grab Lorient a remarkable 3-2 victory over defending Ligue 1 champions Paris Saint-Germain. Wissa levelled for the struggling hosts in the 80th minute, before naive PSG defending allowed Moffi to sprint clear from the halfway line and slot in an injury-time winner.