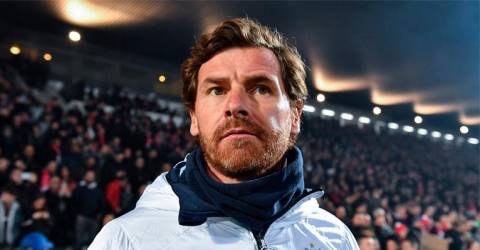 PARIS: French club Olympique de Marseille announced they had sacked manager Andre Villas-Boas (pix) on Tuesday, hours after the Portuguese coach said he had offered to resign over disagreements with the club’s board.

“Olympique de Marseille announces the dismissal… of Andre Villas-Boas,” the club said in a statement.

“This protective decision has become inevitable given the recent repetition of actions and attitudes which are seriously damaging to the Marseille Olympic institution and its employees who defend it daily.”

Villas-Boas, who joined the club in 2019, had criticised the board for recruiting a player he had rejected and for informing him at the last minute that another was leaving as the transfer window closed on Monday night.

“I offered my resignation, saying that I did not agree with the sporting policy,” Villas-Boas told a news conference earlier on Tuesday.

Villas-Boas, who last month said he would leave when his contract expired at the end of the season, referenced the club’s signing of Olivier Ntcham from Celtic and the departure of striker Nemanja Radonjic for Hertha Berlin, saying he was informed of the sale at 10.30pm local time on Monday.

“We ended the transfer window with a new player. He is a player that I had said ‘no’ for,” Villas-Boas said.

“The comments made today at a press conference… are unacceptable,” the club added.

Marseille were knocked out of the Champions League at the group stage and sit ninth in the French league, 16 points behind leaders Lille.

“The results – it’s my fault. I’m very upset. But if there’s something you cannot touch, it’s my professionalism,” Villas-Boas said. “I cannot accept this. This club has already been through a couple of messy years in terms of transfers.”