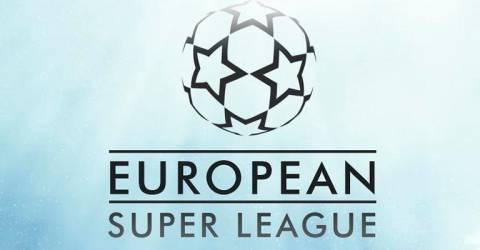 PARIS: Plans to create a breakaway European Super League for an elite group of the continent’s wealthiest clubs have been dismissed as “unpopular, illegitimate, and dangerous” by a collective of supporters groups.

“It would destroy the European model of sport, which is based on commonly accepted principles such as sporting merit, promotion and relegation, qualification to European competitions via domestic success, and financial solidarity,” said a statement released on the initiative of Football Supporters Europe (FSE) and signed by more than 100 groups of supporters of club sides and national teams.

“It would also undermine the economic foundations of European football, concentrating even more wealth and power in the hands of a dozen or so elite clubs,” the statement added.

Documents containing details of the Super League, first reported last month by British newspaper The Times, proposed a 20-club tournament with 15 permanent members, including the English Premier League’s ‘Big Six’, three each from Spain and Italy, two from Germany and one from France.

Five other clubs would qualify annually, the report said, but founding members would receive up to €350 million each just to join the competition.

At the same time discussions are still ongoing about the future format of the UEFA Champions League, currently the world’s most lucrative and prestigious club competition which is due for reform of some kind from 2024 onwards.

“We recognise that the game is in desperate need of broad reform.

“But proposals to this end must seek to revive the competitive balance in European competitions, protect domestic leagues, promote the interests of fans, and encourage fairer revenue distribution,” the statement added.

“A European Super League would achieve none of these objectives – quite the opposite.”

Javier Tebas, the president of Spain’s La Liga, is one of the leading voices against the project, which he insisted is “not going to happen” in an interview with AFP at the weekend.

“The whole system will be against it and it won’t just sit on its hands. It’s going to fight,” said Tebas, who also accused FIFA chief Gianni Infantino of supporting the plan, which he says has been driven by Real Madrid president Florentino Perez, as well as the American owners of Liverpool, Manchester United and AC Milan. – AFP