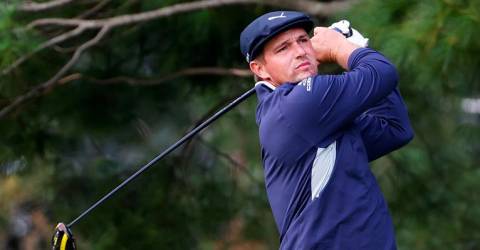 SAUDI ARABIA: Bryson DeChambeau (pix), the longest hitter on the US tour, on Wednesday said he welcomed the decision of the sport’s governing bodies to prevent golf balls flying even further as he prepares to take part in the Saudi International.

The Royal and Ancient in Scotland and the United States Golf Association on Monday announced details of their plans, which included reducing the maximum length of a club shaft from 48 inches (122 centimetres) to 46 inches.

“They are focused on keeping the integrity of the game and trying to make it more of a fair playing field while not taking out the human element,” said the world No. 8.

DeChambeau, who is averaging 329.2 yards on the PGA Tour this season – 7.5 yards more than the second-placed Rory McIlroy – said late last year that he was planning to switch to a 48-inch driver to increase his already prodigious distance.

“It’s funny,” the American said. “I”m sure there’s a lot of excitement about me having a potentially controversial thought on it, but I don’t. I think it’s a really cool thought process.

“From my perspective, I think it suits me really well because, as of right now, I’m still playing the 45-and-a-half-inch driver, and it’s suiting me perfectly well.

“For me right now, I feel like it’s a pretty good advantage,” said the reigning US Open champion, who finished tied sixth in his only appearance in Saudi in 2019.

“Whenever you’re trying to shorten the equipment or whatever, the person who can swing it the fastest will always have an advantage.”

World number one Dustin Johnson said he felt the move was premature.

“If you look at the scores over the last 15 years, they aren’t really any different, and I don’t feel like the game is too easy,” said the reigning Masters champion who won the Saudi International in its inaugural edition two years ago and was second behind Northern Irishman Graeme McDowell last year.

“If you’re playing a golf course that’s soft and really good greens, we’re going to shoot low. But you take that same golf course and make it firm and fast with a little bit of rough, and the scores are going to change dramatically,” Johnson said.

“I don’t think that we’re hitting it too far or our scores are too good.”

Also in the field this week is American Patrick Reed, the world No. 10 who won last week’s Farmers Insurance Open at Torrey Pines on the PGA Tour in controversial fashion.

A ball drop from an embedded lie on the 10th hole during Saturday’s third round has been cleared by the Tour, but several fans and experts have questioned the way Reed followed the procedure.

Reed said he was not bothered by the criticism.

“Really, I’ve moved on from last week and my biggest thing, what I’m here for, is trying to focus on this week and having a chance late Sunday to hopefully win another one and to hopefully win my first European Tour event.”