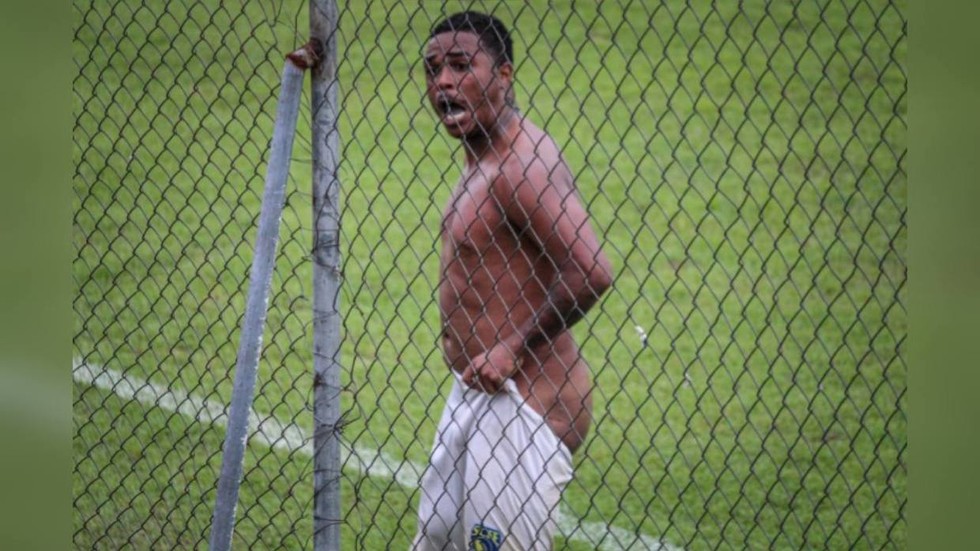 Brazilian winger Emerson Carioca has been handed an eight-game ban for violating disciplinary protocol after his bizarre naked goal celebrations sparked an on-pitch riot in December.

The 25-year-old, who until recently played for Sampaio Correa, netted a winner against Marica, sending his team into the the Carioca Championship.

But Carioca’s wild celebrations took an unexpected twist when he stripped naked to taunt the rival team.

The player took off his jersey before lowering his shorts and waving his genitals at opposing players – an action that triggered a brawl between the two teams.

A disciplinary panel that investigated the player’s behavior established that his antics violated “sports discipline or ethics” and handed Carioca an eight-game suspension. His new team, Portuguesa do Rio, is believed to have appealed the verdict.

ONLY IN BRAZILRio de Janeiro state league 2nd division: Semi-final between Sampaio Corrêa and Maricá to decide which team would be promoted to 1st tierEmerson Carioca scored the winner for Sampaio Corrêa at 95′ and then showed his genitals to Maricá players and staff pic.twitter.com/TFADIbR0Cz

Commenting on his actions, Carioca said he had reacted to racial abuse from Marica players and coaching staff, whom he claimed had repeatedly insulted him.

The athlete admitted he had crossed the line with his celebrations, however, and apologized to his fans and teammates.

“Marica’s people have been slandering me for the past three matches I’ve played against them. They’ve called me a slob, an alcoholic, and a fat monkey. I was annoyed at what went on,” he said.

“I want to ask forgiveness from Sampaio Correa’s fans, my teammates, and also Marica’s fans, players, and everyone who loves football.”