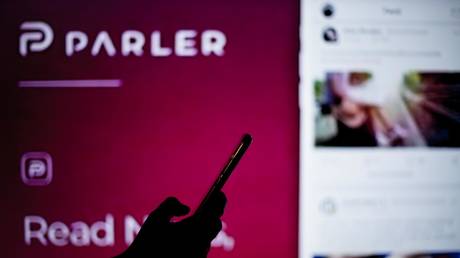 Parler CEO John Matze has been terminated from the company after a decision by its board, the now-former chief executive said, noting that he played no part in the move, which comes after the site was booted from Amazon’s servers.

“On January 29, 2021, the Parler board controlled by Rebekah Mercer decided to immediately terminate my position as CEO of Parler. I did not participate in this decision,” Matze wrote in a memo to employees obtained by Fox News on Wednesday.

I understand that those who now control the company have made some communications to employees and other third parties that have unfortunately created confusion and prompted me to make this public statement.

Also on rt.com
Big Tech behaves as if they’re the new rulers of the world, and they need to be stopped. At last, the pushback has begun


Matze said he’s faced “constant resistance” from colleagues in recent months over his “product vision” and his “strong belief in free speech and my view of how the Parler site should be managed.”

“I have worked endless hours and fought constant battles to get the Parler site running but at this point, the future of Parler is no longer in my hands,” he continued. “I want to thank the Parler employees, the people on Parler and Parler supporters for their tireless work and devotion to the company.”

Parler has encountered a litany of problems in recent weeks after Amazon Web Services purged the conservative-friendly social site from its servers in January, in the wake of the Capitol Hill riot, arguing that it allowed hate speech and threats of violence to proliferate. Apple and Google have also kicked Parler from their app platforms on a similar rationale.

While the site was brought back online in a limited capacity, it now notifies users of “technical difficulties,” saying it hopes to be up and running again “soon.” It was expected to relaunch sometime in February, but is facing delays amid efforts to rebrand, among other changes, a Parler source told Fox. Statements and other messages from Matze were still visible on Parler’s home page at the time of writing.

The now-former CEO said he’ll be “looking for new opportunities” where his “vision” and “technical acumen” will be appreciated, but added he would take some time off before seeking out any new projects.