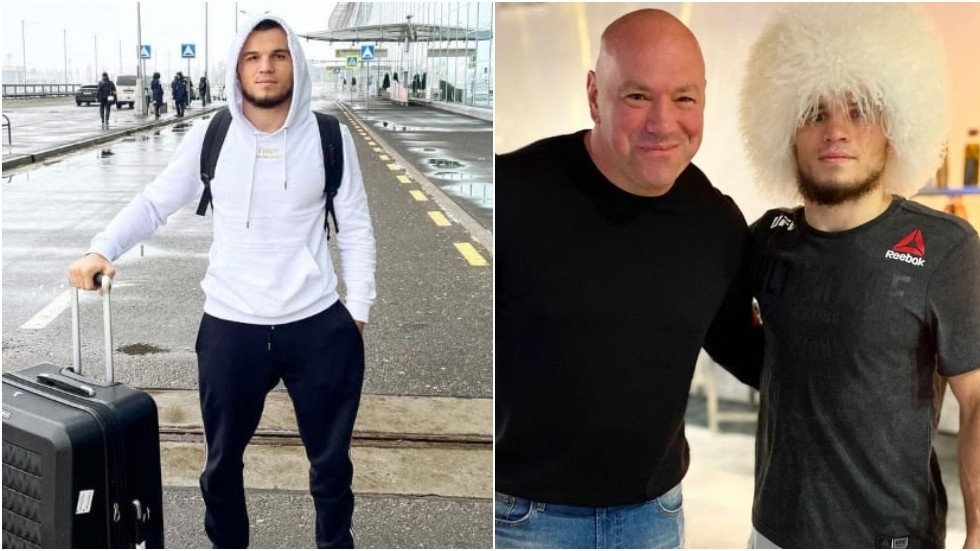 The latest undefeated fighter from the Nurmagomedov assembly line, Khabib’s cousin Umar, has signaled he is flying to Las Vegas amid talk that the Russian standout could be set to make his sophomore UFC appearance next month.

Umar improved his career record to an impressive 13-0 when he emerged from his UFC debut on “Fight Island” last month with second-round submission win against the gritty Kazakh Sergey Morozov.


Umar’s entry to the world’s premier mixed martial arts league couldn’t have been timed better, as he begins his UFC career at around the same time that the curtains draw on the legend of his unbeaten world champion kin Khabib.

But if Umar is to emulate the achievements of his cousin, that can only happen through hard graft in the training room and in the cage – and judging by an image posted to Instagram by Umar on Thursday, he wants to feel octagon canvas on his feet again as soon as possible.

“I fly to America,” Umar wrote on Instagram directed at UFC boss Dana White. “I hope not in vain.”

He concluded the post by using the hashtag #March – echoing claims from his cousin Khabib that Umar would ideally like to compete once again next month.

“It would be nice to have one more fight in Las Vegas this March,” Khabib Nurmagomedov told RT Sport on “Fight Island” in January. “If not – we will fight after Ramadan. We have plenty of time ahead of us. Umar is just 25. Two more fights this year would be perfect.

“When he was fighting [in his debut] I recalled my own first round in the UFC back in 2012 when I could not find my rhythm, my range. It takes time. He will grow with every single fight and I don’t want to rush. When you are just 25 you are definitely far from your full potential.

“When you are 29,29, 30 – that’s the time we need to get him to reach his mental and physical peak. Now his physical condition may be at the maximum but mentally he is not there yet. Everything should come together at the very top of your potential just by the moment that you you will have the biggest fight of your career – your physique, your mentality and your most important fight. That’s when you are set to make history.”


As for Khabib’s prediction of how Umar’s career will progress?

“He will be a sniper, not a machine gunner,” says his cousin.

And that is high praise from one of the best to ever do it.