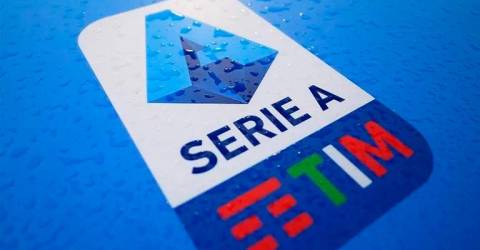 MILAN: Fourth faces third in Serie A on Saturday with hosts Juventus very much in the ascendancy and looking to overtake an AS Roma side facing problems on and off the pitch.

Victory in Turin will see Juve leapfrog Roma into third spot with the Italian champions, after an uncharacteristically slow start to the season, finally hitting top gear.

Since their defeat by Inter Milan on Jan 17 – a performance coach Andrea Pirlo described as the “worst of my time here so far” – Juventus have won five games in a row in all competitions, conceding once.

“We weren’t in that (Inter) game, but it served as a lesson for us,” Pirlo said of that loss after exacting revenge with a 2-1 Coppa Italia semifinal first-leg win at the San Siro on Tuesday.

“From there we regrouped, worked on the errors and more victories arrived.”

All is not quite as rosy at Roma.

Paulo Fonseca’s side have won two of their last five in all competitions, with the 3-0 Rome derby defeat by Lazio in that run the most difficult to stomach.

Away from the action, Fonseca has had to deal with a rift with veteran striker Edin Dzeko, who was stripped of the captaincy after falling out with the coach.

“On the captaincy, a club must rely on discipline,” the club’s general manager Tiago Pinto said on Wednesday.

“At the moment Dzeko isn’t the Roma captain. We will work for the interests of Roma in the future.”

Pinto insisted Fonseca and Dzeko have reconciled, but it is unclear whether the 34-year-old Bosnian, who has not played for Roma since their Coppa Italia last-16 elimination by Spezia on Jan. 19, will feature against Juve.

Two goals from Cristiano Ronaldo inflicted a first defeat in seven games in all competitions on Inter on Tuesday, but Antonio Conte’s side can, if only provisionally, top Serie A by a point above AC Milan with a win at Fiorentina on Friday.

Conte will not be in the dugout as he serves the final game of a two-match touchline suspension.

Leaders Milan are not in action until Sunday, when they host Crotone, looking to make amends for a surprise 3-0 loss to Atalanta in their last home match. – Reuters