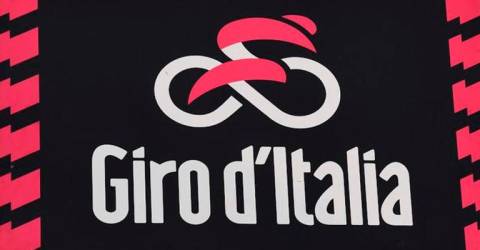 MILAN: This year’s Giro d’Italia will start with an individual time-trial in the streets of Turin on May 8, organisers announced on Thursday.

The first three stages of the 104th edition will be hosted in the northern Piedmont region with the remainder of the route still to be announced amid the coronavirus pandemic.

“On the 160th anniversary of the unification of Italy, we could only choose Piedmont and Turin, the first Italian capital, for the Grande Partenza of the Giro’s 104th edition,” said Paolo Bellino, CEO of RCS Sport, who organise the three-week race.

The opening nine-kilometre time-trial gets underway in Turin’s Piazza Castello and follows the Po River with a finish at the foot of the Superga hill.

Stage two, which will suit the sprinters, covers 173km from Stupinigi to Novara, followed by an undulating 187km from Biella to Canale, before riders reach the slopes of the Apennine Mountains.

Piedmont will still be involved in the final week, with the 19th stage finishing on the summit of Alpe di Mera, in Valsesia.

It will be the third time Turin has hosted the ‘Grande Partenze’, after 1961 to celebrate the centenary of Italian unification and in 2011 for the 150th anniversary.

The remainder of the route of the Giro, which runs until May 30, has not yet been revealed.

Britain’s Tao Geoghegan Hart of Team Ineos won last year’s race which was pushed back to October because of the coronavirus pandemic and raced amid strict rules.

In Italy, the first European country to be severely hit by Covid-19 last year, 90,000 people have died from the coronavirus, which has infected more than 2.5 million.

But Italy, against the tide of its European neighbours, this week eased Covid-19 restrictions which had been in force in most of its regions.

This lowering of the level of risk, decided on the basis of criteria such as the occupancy rate of intensive care units or the rate of spread of the virus, allows in particular the reopening of bars and restaurants.

Important tourist sites have also been reopened including the Colosseum, the Vatican Museums and the Sistine Chapel, which had been closed for 88 days.

The vast majority of Italian regions are now classified as “yellow”, or moderate risk, with the exception of Alto Adige in the north, the central Umbria region and Puglia, Sardinia and Sicily in the south, which are classified as “orange”, or medium risk.

No region is now classified as “red”, the highest level of risk.

However, health experts warned on Thursday of new coronavirus variants beginning to circulate in Italy, including the British strain of the virus. – AFP