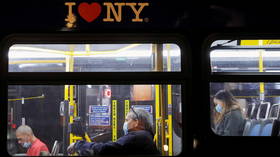 Governor Tony Evers of Wisconsin, a Democrat, issued a new statewide mask order an hour after the Republican-majority legislature voted to repeal his previous one saying he lacked the authority.

“If the Legislature keeps playing politics and we don’t keep wearing masks, we’re going to see more preventable deaths, and it’s going to take even longer to get our state and our economy back on track,” Evers said on Thursday, announcing the order.

Since the beginning of this pandemic, I promised I would:1️⃣never play politics with your health2️⃣trust and follow science and public health experts3️⃣never stop doing everything I can to keep you healthy and safeI haven’t broken those promises and I won’t start today. pic.twitter.com/kfN4J2aE2k

The state Assembly had voted 52-42 to repeal the old mandate, with all Democrats and seven Republicans opposed.

“We should be wearing masks,” said Rep. Robyn Vining, a Democrat. “Masks save lives.”

Republicans, however, argued the issue wasn’t about masks but whether Evers has the authority to issue emergency health orders without their approval. The governor has cited the “changing nature” of the pandemic to justify his powers.

“I know you want to make it about masks. It’s not,” said Majority Leader Jim Steineke, a Republican, “It’s about the rule of law.”

Evers imposed the mask order on August 1, 2020,  applying to everyone age 5 and older in all indoor public settings and “enclosed spaces” such as outdoor restaurant seating when someone from another household is present.

Republicans sent a letter to Evers prior to the vote, saying they would support a limited mask mandate to places “susceptible to transmission” of the novel coronavirus, such as mass transit, government buildings, schools, health care facilities, universities and prisons, among others.

As of February 1, the Biden administration has imposed a federal mask mandate on planes, trains, subways, buses, taxis, ships, and ferries, as well as transportation hubs such as airports, train stations, and bus terminals across the US.

State Senator Steve Nass, who led the repeal, accused Evers of being “lawless” and said he was drafting another resolution against the new order. The GOP also has a case pending before the state Supreme Court, arguing that the governor needs to secure the legislature’s approval for the mandate every 60 days.

Over 596,000 Wisconsinites have tested positive for the virus since the pandemic was declared in March 2020, while 6,500 have died. Both cases and deaths have risen sharply since the end of September.

US health authorities went from originally advising against masks as a way to curb the spread of the coronavirus to making them mandatory by the summer of 2020. Since then, the Centers for Disease Control and Prevention (CDC) have also argued that masks protect both the wearer and others, while mainstream media have floated the idea that multiple masks could be more helpful than one.

Also on rt.com
Not the Bee! If 2 masks are good, 3 masks are better, CNBC claims – echoing notorious satire site