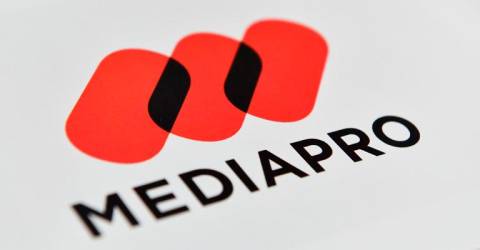 MADRID: A pariah in France after the spectacular collapse of its contract with Ligue 1, troubled Chinese-Spanish broadcaster Mediapro has salvaged its ties with Spanish football league despite its battered reputation.

A TV and film producer majority-owned by a Chinese investment fund, Mediapro has pursued an aggressive expansion strategy in European sports and in 2018 won the broadcast rights to French football with a record bid.

Although the disintegration of that contract last autumn attracted attention in France’s presidential palace, it has made little noise in Spain, where Mediapro holds some rights to most La Liga matches and to the main international championships.

A central part of that contract is the right to broadcast matches in Spanish bars, which has prompted a renegotiation of terms because thousands have been closed due to the pandemic.

“We have not had any problems between La Liga and Mediapro because we have renegotiated what we needed to,” Tebas said, stressing the need for contract flexibility in times of crisis.

“Obviously the bars are very important for us and if they’re closed, you need to see how the situation develops,” Tebas said. “When there’s a crisis like this, things have to be… reevaluated in line with how the pandemic evolves.”

It’s a stark contrast with the fury unleashed in France by the bitter standoff between the top flight of the French League and Mediapro after the broadcaster stopped paying instalments on its TV rights deal in October and sought a reduction in fees.

The company’s decision to withhold payment sparked outrage among France’s professional clubs, for whom TV rights represent, on average, a third of their revenues.

For sports marketing expert Francesc Rufa, the Spanish league has every interest in keeping avoiding confrontation at a particularly difficult time for European football with matches played behind closed doors and the public forced to stay home and away from of bars.

“No-one wants to give the impression any of the clubs or La Liga itself could have problems getting paid as happened in France,” he said.

“La Liga would prefer to earn less than to earn nothing at all.”

Although the broadcaster initially held all the domestic rights, the bulk of the contract was taken over in 2018 by telecoms giant Telefonica via its Movistar subsidiary with Mediapro retaining the rights for bars. That means any contractual issues with Mediapro wouldn’t affect the Spanish public’s ability to watch matches at home.

Although things remain calm in the Spanish market, Mediapro’s credibility was also hit by its loss of rights for Italy’s Serie A in 2018 after failing to obtain sufficient loan guarantees.

“Part of Mediapro’s aggressive expansion strategy led by (its Chinese backers) has been this interest in entering France and Italy in order to dominate European football,” said Rufa.

“(The Chinese) injected enough money to control the company and set the strategic line, but not enough money to cope with the needed investments, nor to have sufficient liquidity to handle an income problem like Covid,” he explained.

“The company has not had the cash flow to respond and to cover these losses.”

Late last month, Moody’s ratings agency said Mediapro’s cash flow of around €90 million remained “weak”, warning it could struggle with the costs of dismantling its French operations as well as any legal disputes stemming from the contract failure. – AFP