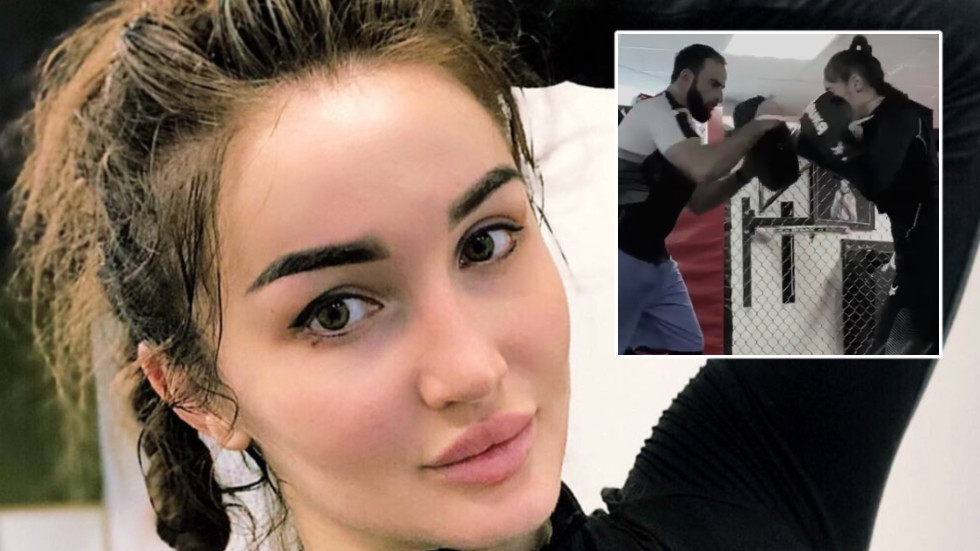 Russian combat queen Diana Avsaragova is set to fight for the first time in almost two years after revealing that she has secured a visa, paving the way to a potential place on a Bellator bill in the US later this year.

The 22-year-old announced on Instagram stories that she had received permission to travel to the US, putting her on track to make her long-awaited debut for the promotion she signed for in December 2019.

Flyweight Avsaragova has not fought since then, last competing competitively when she enjoyed the second successful outing of her perfect professional career with a decision victory on a Titan Global Fighting Championship event in Tbilisi, Georgia in May of that year.

Previously competing at bantamweight, she has remained active and kept her social media following of more than 140,000 updated on her activities, including her duties as a sparring partner and friend to Georgian UFC fighter Liana “She Wolf” Jojua.

The pair posed together when they traveled to “Fight Island” in Abu Dhabi ahead of lightweight champion Khabib Nurmagomedov’s win over Justin Gaethje in October.

Fighting on the undercard, Jojua suffered a frustrating defeat on a doctor’s stoppage to debutant Miranda Maverick, who appeared to back up Avsaragova’s description of the duo as “gangsters” when she claimed that Jojua had threatened her life at the weigh-in.

Social media sensation Avsaragova has marginally fewer followers than Ilima-Lei Macfarlane, the five-time champion of the Bellator division she will be entering.

Juliana Velasquez holds the title after beating Macfarlane in December, although their contrasting points of their career – Velasquez is 34 – reduce the chances of prospect Avsaragova encountering the current champion.

Macfarlane and Velasquez met at the Mohegan Sun Arena in Uncasville, Connecticut where most of Bellator’s events have been held, and promoters may be lining  Avsaragova up for her bow on March 1.

That is the only scheduled date Bellator has for the year so far, and Avsaragova said that she hoped to make her debut this spring.

Avsaragova shared a snap with Nurmagomedov while she was in the Middle East. She could meet him again if she shares a Bellator event with his cousin, Usman.

The unbeaten lightweight is also set to make his debut for the promotion after signing a multi-fight deal in October.