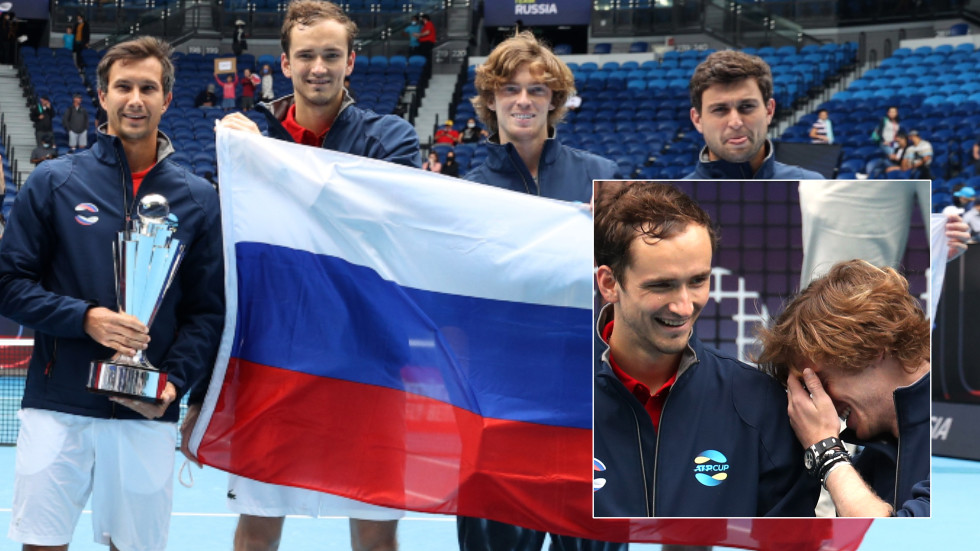 Russia’s commanding win at the $7.5 million ATP Cup this weekend showed that this could be an even more impressive year for the country’s top tennis stars – and they will rightly confident when the Australian Open starts tomorrow.

The figures from the end of last year’s ATP season made it sensible to imagine that Russian tennis might not hit the heights that it managed last year.

Only world number one Novak Djokovic won as many matches as Andrey Rublev – both chalked up 41 victories, although Rublev lifted one more trophy – while Daniil Medvedev, whose fourth-placed ATP ranking puts him four ahead of Rublev, showed his entertaining qualities and mettle by recording the best deciding sets record and most wins after losing the first set.

Both proved their worth among the elite, with Medvedev winning the most matches against players in the top ten of anyone except Djokovic and would number three Dominic Thiem, Rublev finishing a place behind him on that measure.

As the only team at the ATP Cup with two players in the top ten, Russia were arguably the favorites in the unpredictable team format that can turn form and ranking positions on their head.

The manner of their resounding victory, though, felt like a signal of intent. Despite having the best record on hard courts in 2020, ahead of Djokovic and Medvedev, Rublev had not beaten Fabio Fognini, of final opponents Italy, in three previous attempts on the surface.

Known off the court for his love of music and brief spell in a covers band of pop sensations One Direction, there was no song and dance for Rublev in his latest meeting with the world number 17, losing only three games as part of a crushing win.

“Honestly, I don’t know what’s improved,” the ATP’s Most Improved Player of last year humbly offered when asked for the secret to his surge up the ranks.

“I just try to work every day as hard as I can. Little by little, I was improving. You don’t improve in one day – it takes years.”

There were clues in Rublev’s words when he spoke to the ATP last month. The 23-year-old from Moscow appreciates the irony of having the best 12 months of his career during a staccato year in which many players understandably struggled.

“When people have a tough year, I like to do the opposite,” he smiled. “I had a lot of stress outside the court that I was fixing little by little, so in the end everything comes together and I win great matches, great tournaments.”

“What Andrey has done in the last year is amazing,” the number four seed at the Grand Slam said over the weekend, correctly naming the number of finals Rublev won.

“He has won five tournaments, I think. In the last two months for sure, there were big downs, big ups.

“We all had the situation where we had to get tested and had one [extra] day in the [Australian Open quarantine accommodation]. It changes your energy completely, so [the ATP Cup] was like a first round for me.”

Rublev made the most of the situation to keep working on his passion for electronic music. “The last two weeks in quarantine were really productive,” he felt.

“I had a couple of lessons that really helped me. Something is going to happen [with that] soon.”

His prolonged run of eye-catching results arguably began at the Australian Open last year, when he beat David Goffin, who was seeded six places above him at number 11, before exiting in the fourth round to Alex Zverev, who would reach the semifinals.

Asked whether that bright start to the year demonstrated a feeling of inspiration at the beginning of each season, Rublev responded with cautionary self-criticism.

“It’s happened once in my life but, if you check previous years, it’s been a disaster,” he reflected.

“This season is going to be really long so I need to work hard and have patience.

“I have an amazing team and amazing people around me, supporting me. In the end, I’m not alone and… I’m really grateful.”