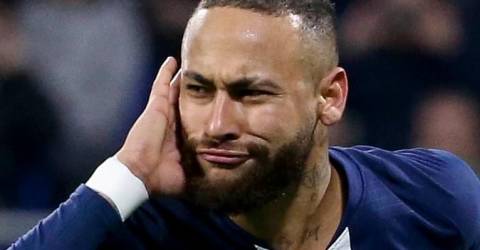 PARIS: Neymar is doubtful for Paris St Germain’s clash against Olympique de Marseille at the Stade Velodrome on Sunday due to gastroenteritis, the Ligue 1 club said on Saturday.

PSG said in a statement that the condition of the Brazil forward, who missed the previous game through suspension, would be “assessed in the coming hours”.

PSG, third in the standings on 48 points from 23 games, three behind leaders Lille, will also miss keeper Keylor Navas as he has not yet fully recovered from a groin injury.

OM are ninth on 33 points from 21 matches. They will probably be without new striker Arkadiusz Milik after the former Napoli player picked up a thigh injury.

Marseille have been going through something of a crisis recently, with supporters breaking into their training centre amid protests against president Jacques-Henri Eyraud last Saturday and coach Andre Villas-Boas being suspended after offering to resign this week.

Marseille mayor Benoit Payan also said this week that the city wanted to sell the Stade Velodrome because it was costing the municipality too much money.

“The last few days have been hectic,” said keeper Steve Mandanda. “We want to find a solution to calm things down. We need unity to finish the season in the best possible way.”