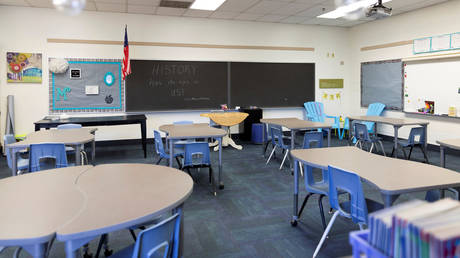 A Utah charter school is facing a major backlash after it was revealed to be allowing parents to opt their students out of lessons relating to Black History Month.

In a letter sent to families by Maria Montessori Academy Director Micah Hirokawa, the school said complaints from a handful of families had led to them offering the decision for everyone to “exercise their civil rights to not participate in Black History Month at the school.”

Hirokawa wrote in a Facebook post over the weekend that the demands from the few complaining parents “deeply saddens and disappoints me.”

The school, which has a majority white student base according to the Utah State Board of Education, uses Black History Month to incorporate specific teachings about the history of black Americans in both social studies and history classes.


“We should not shield our children from the history of our Nation, the mistreatment of its African American citizens, and the bravery of civil rights leaders, but should educate them about it,” the school director said.

As news spread of the school’s decision, the state of Utah found itself trending on Twitter, with this particular exercising of “civil rights” drawing the ire of many critics and being linked to racism.

“A painful reminder that Black history is often treated as if it isn’t a foundational and fundamental part of America’s history. It’s a pervasive unwillingness to recognize the contributions of Black Americans and also the atrocities inflicted upon them,” journalist Kat Stafford tweeted.

The Atlantic’s Jemele Hill and others took their criticism even further, with Hill even suggesting this was just another way for black people to be “erased” in the US.

“I am no longer surprised by the depths this nation will go to erase black people,” she tweeted.

this is obviously ridiculous. but two things hit me. 1. they’re basically treating whiteness and blackness as religions. i can’t think of anything that makes ppl opt out of what’s taught but religion. 2. teach the stuff all year long and they can’t opt out so easy. https://t.co/T1a1v6Y3uT

In Utah, which is 90% White, you can tell which ones are racist: they’re the ones who opted their kids out of learning about Black History Month. Disgusting. https://t.co/Ji0jpfLzmi