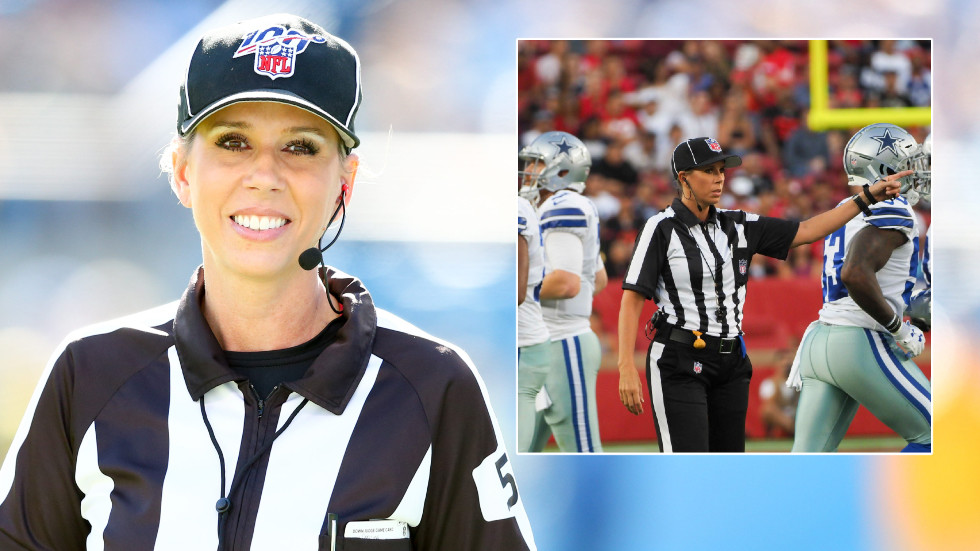 “Very girly and tough” NFL official Sarah Thomas, who will become the first female to officiate a Super Bowl showpiece, has explained that she relates to 300lb players when they remonstrate with her about decisions during games.

Long-serving Thomas will make history by helping to keep charge of Super Bowl LV between the Kansas City Chiefs and the Tampa Bay Buccaneers, when she will oversee the likes of NFL superstars Tom Brady and Patrick Mahomes as they pursue glory.

The Mississippi mother-of-three was initially hired after a 45-minute conversation with Gerald Austin, the head of officiating for Conference USA who first assigned Thomas to a college football game in 2007.

The marketing professional has joked that she had not been keen on tucking her hair under a hat and going without makeup, and went on to demonstrate her toughness when she saw out an NFL game with a broken wrist in 2016.

“When I walk up and I have mascara on, they notice the difference and they hear my tone,” the 47-year-old replied when she was asked by CBS how she dealt with giant players.

“I was an athlete myself one time and I joke about it, but I couldn’t stand the officials.

“I know that a lot of females aren’t inspired… there’s a gender barrier that’s been broken.”

Few sporting events are scrutinized by as many eyes as the Super Bowl, which was watched by an audience of 100 million people last year.

“I have never seen her without makeup on,” one of Thomas’s colleagues, Lee Catherine Collins, told the New York Post.

“She is definitely the perfect mix of very girly and tough. You can tell she was raised with boys. She can take someone down and then talk about eyelash extensions.”

Austin told the Post that Thomas was “emotional” when he told her that she would be part of the Super Bowl, praising what he calls her “Common Football Sense”.

“I’ve seen other officials challenge her once or twice and she is very competitive,” he added.

“She is one of the guys, and I think that’s an appropriate way to describe her.”