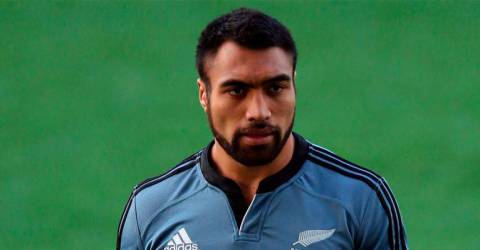 PARIS: Double Rugby World Cup winner Victor Vito (pix) scored on his injury return but it wasn’t enough to prevent La Rochelle losing 26-22 at Racing on Sunday and missing out on the French Top 14 summit.

Former New Zealand back-rower Vito, 33, had been out since Oct 9 with a bicep injury and he marked his return with a first half try.

Both sides were without their Six Nations contingents as Jonno Gibbes started Vito to replace France’s Gregory Alldritt, who played 57 minutes in Saturday’s 50-10 win at Italy.

Laurent Travers’ home side led 10-0 after five minutes as Antoine Gibert kicked a penalty and converted Teddy Baubigny’s early try before Vito celebrated his return with a first try in 13 months.

Vito crossed in the corner unopposed after a delicate off-load from Fiji centre Levani Botia but Travers’ men led 16-5 at the break after Gibert added two more penalties.

Gibbes’ away side trailed by a point with 15 minutes to go as Vito’s fellow World Cup winner in 2015 Tawer Kerr Barlow scurried over from short-range.

Gibert slotted a fourth penalty to make it 26-22 as the side from the Atlantic coast pressured on but failed to make their dominance count and stay in second place with defeat.

Later, lowly Bayonne head to Castres looking for their first victory at Stade Pierre-Fabre in 13 years.

On Saturday, South Africa’s Rugby World Cup winner Cobus Reinach was on the scoresheet for the first time since mid-October as struggling Montpellier beat Stade Francais 31-6 to move within a point of the Basques in 12th spot.

Reinach’s billionaire-backed side claimed their first victory in nine games since overcoming Clermont in early December.

Elsewhere, former New Zealand Under-20 back-rower Jordan Taufua made his Lyon debut in Friday’s 26-18 defeat at Stade Marcel-Michelin to start the weekend of rearranged games affected by Covid-19 cases among squads. – AFP