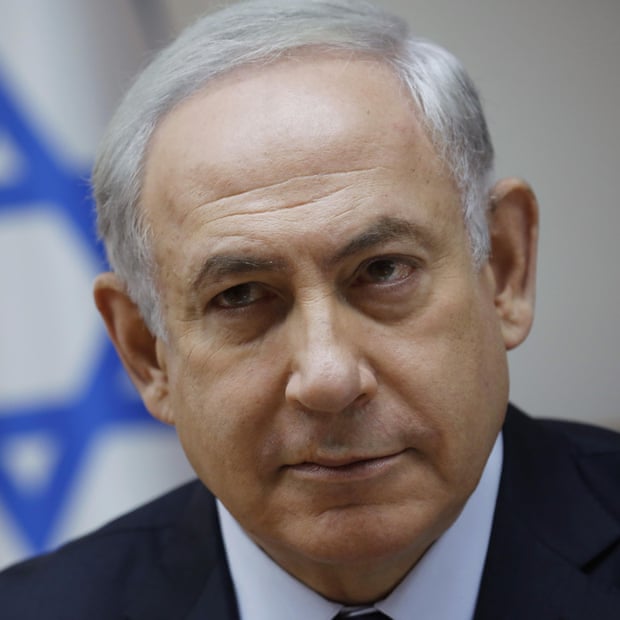 Benjamin Netanyahu has told judges he is innocent of corruption charges, as a high-profile trial against the Israeli prime minister resumed weeks before a national election.

Following a nearly-half-year hiatus and repeated delays due to the pandemic, hearings restarted on Monday. The court expected to announce a schedule for the potentially explosive witness testimony and evidence stage of the trial.

As the hearing began, Netanyahu stood in a black surgical mask and was required by the judges to verbally confirm that he backed his lawyer’s written defence.

“I confirm the written answer submitted in my name,” Netanyahu told a three-judge panel.

The 71-year-old leader then jotted notes on a pad as his lawyers began to argue against the charges. Inaudible chants of dozens of anti-Netanyahu protesters outside could be heard inside the courtroom.

Less than half an hour after the hearing started, Netanyahu stood, thanked the court and then left the room, without objections from the judges. His lawyers continued to speak as the prime minister’s motorcade departed outside.

Israel’s longest-serving leader is alleged to have accepted hundreds of thousands of pounds in luxury gifts from billionaire friends and traded valuable favours with Israeli media and telecoms moguls for favourable news coverage.

Netanyahu, the first serving Israeli premier to go on trial, has repeatedly denied any wrongdoing, alleging he is the victim of a politically motivated witch-hunt.

Regular court appearances could present an image problem for Netanyahu, who also faces discontent over his handling of the coronavirus pandemic. Israel, with a population of 9 million, is facing a relatively high death toll and infection rate.

Netanyahu is betting on a world-leading vaccination campaign to yield results before the 23 March national vote. More than one in three Israelis have received jabs, and last week the country opened vaccinations to anyone over the age of 16.

During the past two years, Israel has been engulfed in a protracted political crisis in which attempts to form a coalition government has repeatedly broken down. March’s election will be the country’s fourth within that timeframe.

Netanyahu’s steadfast popularity among many rightwing voters has been a central sticking point in the crisis. While his bickering rivals have sought to capitalise on the corruption allegations, it is unclear if the issue has significantly swayed the Israeli electorate.

Indicted in 2019 in three separate cases, Netanyahu faces more than a decade in prison if convicted, although the trial could take years.

He is accused of accepting expensive gifts including champagne, jewellery and cigars, and colluding with Israeli media magnates to publish favourable stories about him while smearing his political opponents.

Unlike one of his predecessors, Ehud Olmert, who stepped down after it appeared he would be indicted, Netanyahu has refused to leave power.